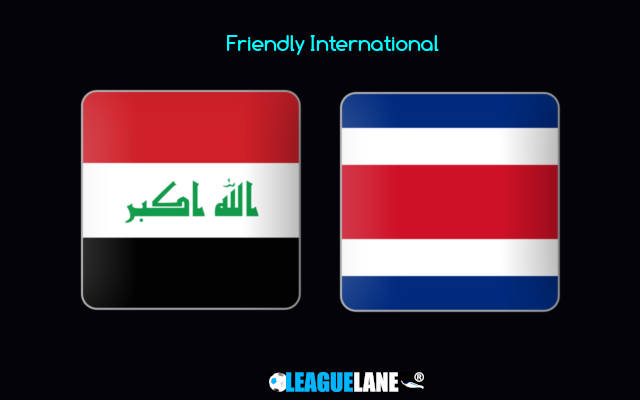 Iraq face off with rivals Costa Rica on Thursday in a Friendly fixture at Basra Sport City.

The Lions of Mesopotamia have been content with a number of friendly fixtures. They, who did not qualify for the World Cup, have two friendly matches scheduled for this week.

The fact that they have no chance of succeeding in either fixtures seems to make them even more distressed. This match with Costa Rica comes after their match-up against Belgium coming Tuesday.

Going on, there are many chances to say that they have no chance of winning this game on Thursday. One of the most important is the current form of both the teams.

While Iraq needed a side like Syria to seal a win in their last five outings, Costa Rica have only lost against Panama in the past 13 fixtures.

In addition, Costa Rica, who have not lost their unbeaten consistency despite facing teams with more competitive strength will definitely have the edge than Iraq.

Even though they have never faced each other in history, we can state who possess a better winning chance in this fixture.

Iraq will most likely deliver another unimpressive display on Thursday after a possible demotivating defeat against Belgians.

By the looks of things, this match will add more spirits to the Costa Rica side who is drawn into Group E which includes Spain and Germany.

Achieving promotion from a group with Spain and Germany will be a tough task for Costa Rica. But there is no doubt that they will not back down without making an effort.

This is a game that will likely give the confidence which they need the most for that effort. It will be good for them as they have the chances to enter the Qatar race being unbeaten in straight six games.