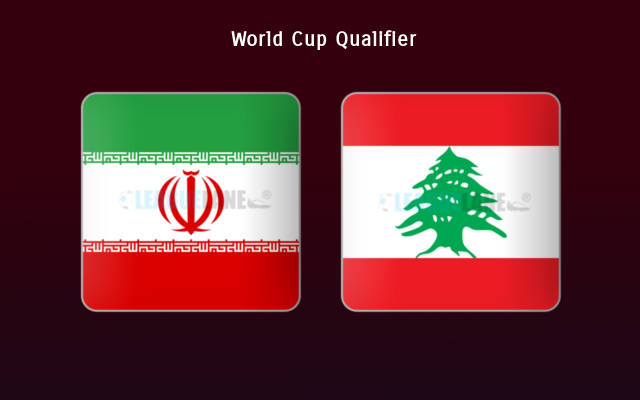 Iran have already got tickets to enter the 2022 Qatar World Cup. They are having an impressive form of late. They have only lost once in their total 9 qualification games. They have recorded 7 positive displays of those 9 games. Following such a strong spell of run, they will be having positive spirits.

On the other side, Lebanon have been following a disappointing form since the beginning of their Group A matches. They have only won once of their 9 qualification fixtures. They are already out of the World Cup race and their stats doesn’t possess anything impressive.

Iran also have the support of a strong offensive and defensive lineup. Their goal scoring numbers are really impressive and we can expect them to score at least a couple against this Lebanon outfit who have a disappointing defensive lineup.

Lebanon possess the worst offensive side of this Group. Therefore, we expect a one-sided affair at Imam Reza Stadium on Tuesday when the hosting Iran faces the travelling Lebanon in the final qualification stage fixture of both these outfits.

Iran conceded their first defeat of this qualification stage in the previous match-day against South Korea. They have lost their top spot with that defeat and allowed South Korea to acquire it.

However, that won’t be affecting their chances as they are well clear at the second spot at present. Also, they are unbeaten at this venue since 2019. Following such a form, we can only expect them to record a highly positive display against this Lebanon side on Tuesday.

On top of that, Lebanon are winless in 8 of the past 10 on road fixtures across all competitions. Hence, we are expecting a clean sheet win for Iran against this Lebanon outfit.