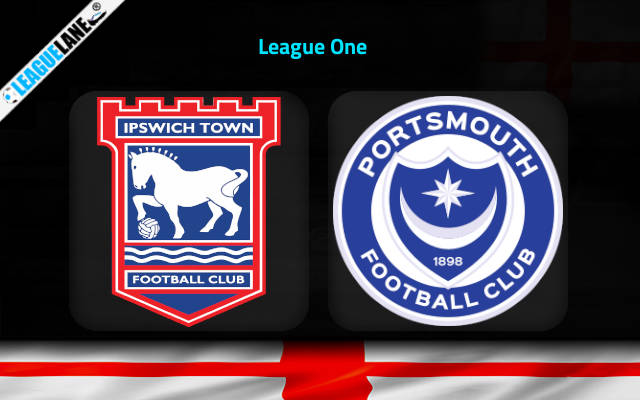 Portsmouth are on a 3-game winning streak as of recent and are on an unbeaten run since the last 7 league games. They have alternated between defeat and victory in their last 6 league trips to Ipswich. The home side won back to back league fixtures and they are on an 8-game unbeaten run in the league. With only 2 points separating the two, Pompey will take a roadtrip to Portman Road this weekend to meet with the Blues.

The Blues are at the 9th spot on the standing with 59 points from 37 games. They won 16 times in the league while drawing on 11 and losing on 10 other occasions. They scored 57 in total while conceding a sum of 39 up to this point.

Ipswich won on back to back league games against Fleetwood and Lincoln. Under three goals per match were scored during 5 of the past 6 fixtures where they have taken part. Regarding the goal split from this period, their opponents scored a total of 1 and the Blues totted up 8.

On the flip side, The Pompey resides just below them at the 10th position on the table with 57 points. Of the 35 matches played, they won on 16 games while drawing on 9 and losing on 10 other occasions.

In their previous 6 clashes, Portsmouth have amassed a total of 19 goals. They have also managed to score in every single one of those fixtures. During the same, they have seen 7 goals go past them.

Ipswich Town had successfully kept a clean sheet in their 4 most recent home games in League One while Portsmouth are unbeaten in 6 of their last 7 away games against the hosts across all competitions.

We feel that a home win is highly probable as their 34 most recent home matches across all competitions saw Ipswich to have been undefeated in 30 of those. Also, he visitors are only average on road.