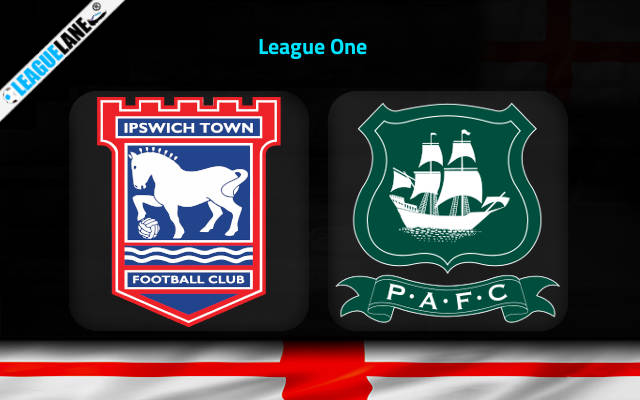 Plymouth Argyle has been on an ascendancy in the league snatching 15 points from the last 5 fixtures. Their current remarkable league form has placed them in the second spot for League One Play Offs after MK Dons. Ipswich Town are also on a 10-game unbeaten run in the league but they have been drawing quite a few. With 10 points in the difference, Pilgrims will take a roadtrip to Portman Road in Ipswich this Saturday hoping to extend their winning streak.

The Pilgrims are at the 4th spot on the standing with 71 points from 38 games. They won 21 times in the league while drawing on 8 and losing on 9 other occasions. Their total goals to conceding ratio stands at 64:39 so far in the league.

With the 4-0 home win against Accrington last week, Plymouth Argyle are on a 5-game winning run and did not concede any goal in their last 5 games in the league. A sequence of accomplished performances by the their defensive unit has resulted in the number of goals they’ve conceded standing at 1 from their previous 6 outings combined.

On the flip side, The Tractor Boys resides at the 9th position on the table with 61 points. Of the 39 matches played, they won 16 games while drawing on 13 and losing on 10 other occasions.

Ipswich Town have recorded their second consecutive draw, extending their unbeaten run to 10 matches in the league after their 1-1 away tie against Oxford United previously. Fewer than three goals per match were scored during all of their last 6 meetings where the hosts have taken part.

Coming into this meeting, The Tractor Boys are undefeated in their previous 9 league matches at home. Meanwhile Plymouth is the 4th best side at away fixtures this season just after Rotherham. We therefore, feel that a double chance for visitors is the safe option here to bet on as both sides has never tasted defeat for quite sometime.