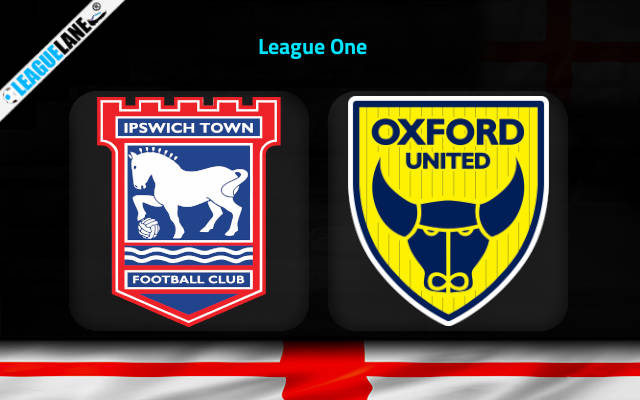 Oxford United missed out on promotion to the Championship for the second time in a row when they lost the playoffs semi final last season. This time around they are making another charge to the top of the table in hopes of playing second division football next season.

They will travel to Portman Road to take on Ipswich this weekend, who are a team having their own ambitions of promotion to the tier above. Read our Preview, Predictions, and Betting Tips with Analysis here.

Ipswich vs Oxford Prediction and Analysis

The hosts were last seen in the league in a 4-1 win against Wycombe. Which saw them move to the 9th position in the League One table. They have added 23 points to their tally coming through 6 wins and 5 draws.

The Blues started the season pretty poorly according to their standards having not registered a win in the opening 6 league fixtures. They have since built momentum and are pushing for a spot in the playoffs.

Yellows on the other hand started off the season quite well but had a slump of form in the month of September where they had won just 3 points but are now back to winning ways.

Oxford has picked up several convincing victories this season and has won 5 of their last 6 league games however they have struggled against quality opponents on the road. The Tractor Boys on the other hand have been formidable at home with just a loss at this venue since February.

Taking the above into consideration we have backed the hosts to get the better of Oxford in a tightly contested match.

Bonne has been incredible this season and is the cornerstone for the hosts’ success this season. He is currently the 2nd highest scorer in the league. I have backed him to find the back of the net at least once.

Tips for Ipswich vs Oxford