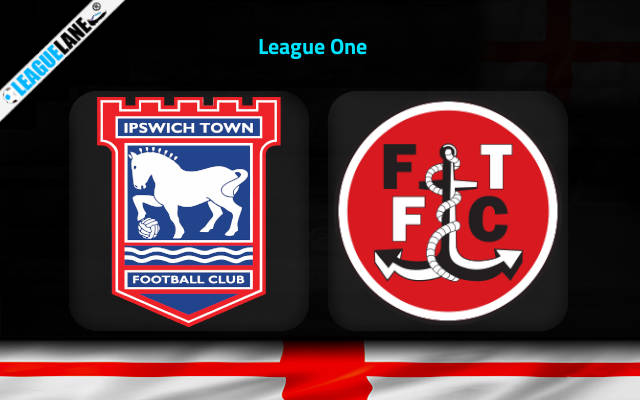 Ipswich are in possession of the second spot in the table, and they definitely are going after the top-most position. They are at home this weekend, and are expected to be the favorites against the struggling Fleetwood.

Fleetwood are placed 17th in the table, just three spots above the relegation zone. They have a single win to their name in the past five game weeks, and all through the tournament, they managed to register just two victories away from home.

All along they conceded goals in huge numbers as well.

Meanwhile, only the toppers scored more goals than Ipswich, and they are particularly in great form at home. They need a surplus of two points to climb level with the first-placed Plymouth, and do note that only a handful of teams conceded fewer goals than them in the whole tournament.

Moreover, they also have a dominant h2h record against this opponent over the years, and all of these point towards a single conclusion – that Ipswich are about to deliver a winning performance this weekend at the Portman Road.

Ipswich recorded a 4-0 win the last match-day, against Buxton. They are also in great form at home, and particularly so their offense. Moreover, do note that they lost just twice at this venue in league fixtures since February.

On the other hand, Fleetwood lost 1-2 at home the past game week, against Bolton. They have been in such poor form that they won just thrice in the past three months, and the last they registered a league win on the road was two months back.

Considering these observations, as well as past h2h clashes, expect a win for Ipswich this weekend.

Tips for Ipswich vs Fleetwood