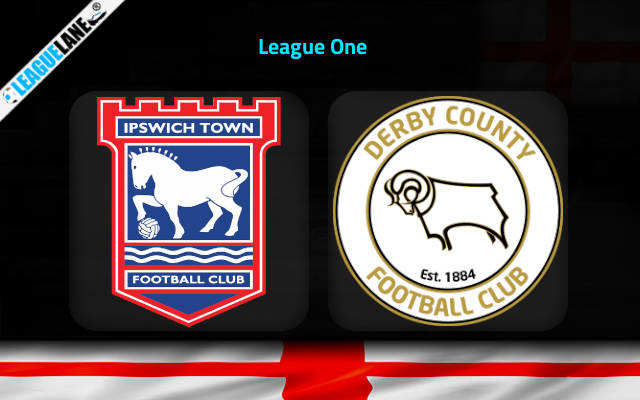 Ipswich will play host to Derby in an English League One fixture on Friday at Portman Road.

Derby face relegation to League One due to their poor performance in the last Championship season. It’s been 12 rounds of League One games this season and no determination can be seen from their side to get a promotion.

They are currently in the 9th position with a total of 20 points. Winning half of the games played so far in the season might give them some comfort.

But the main challenge is their next League One game is against Ipswich, who sit second in the table currently.

Ipswich have only lost two of the 14 rounds of league fixtures played so far in this season. Their immediate objective is to reduce the gap between Plymouth, who is currently in possession with the first place.

Going on, Ipswich owns and impressive offensive and defensive line. They doesn’t own a consistent scorer. The past four fixtures of Ipswich saw separate goal scorers. However, they scored 8 goals in the last four games.

But there is no doubt that their defensive line, which has been going well, have had some flaws lately. The fact that they conceded 5 goals in the last five games is a proof of it.

Derby will not head into this fixture with a pleasing away form. They are winless in three of their last five games. Both of their away wins this season have came against teams placed outside the top half of the table.

This inconsistency will not be enough for Derby to face Ipswich who maintains a minimum of two-goal ratio per game at this venue. Therefore, home win seems logical for the current scenario. Hopefully this won’t be a one-sided affair, so expect goals from both ends.