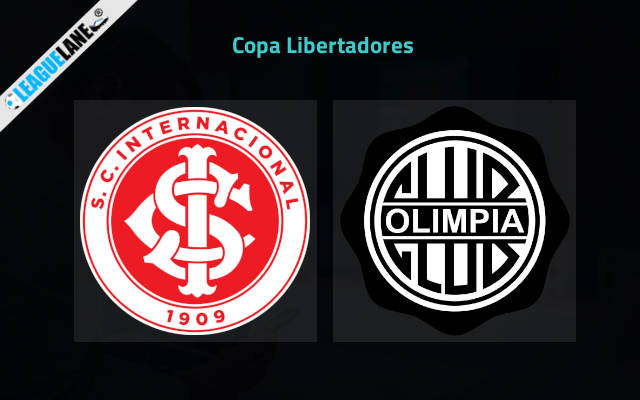 Brazil’s Internacional came back from their trip to Paraguay empty-handed in the first leg. They will play host to Olimpia on Friday for the ticket to the quarter-finals in Copa Libertadores at Estadio Jose Pinheiro Borda.

The first leg fixture in the playoffs ended in a goalless draw hosted by the Paraguayan side. The Dean had more action in that game despite having lesser ball possession.

The host has lost only three of their recent ten fixtures in the schedule. They are still with just one win in their past seven clashes in their form. Their previous encounter was at home and they defeated Juventude with a 1-0 scoreline in Brazil Serie A.

The situation at the Paraguayan camp is no different than the host. The away team has only four wins in their last ten matches across all major competitions. They will visit on the back of a 1-3 loss at home to the likes of River Plate in Primera Division.

The host has been unbeaten in all three meetings in 2021.

The last time Internacional played host in the h2h meetings with Olimpia, they ended up with a 6-1 win in 2021. This recent win at home will improve the morale of the home team as they welcome the guest again in the Copa Libertadores.

The host was winless at home for nine consecutive attempts until their last game. They enjoy the ground advantage and will aim to build on that home win in the tournament. Besides, the away team has lost half of their last ten outings in the schedule.

As such, the home win in full-time will probably be the best bet.