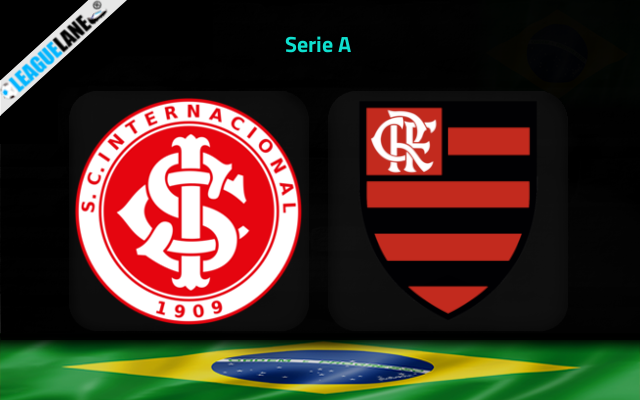 Internacional had a decent start to this season. They had maintained the same further by recording unbeaten outcomes. However, most of them were drawn outcomes which they failed to convert into positive recordings. They will be hoping to seal some three pointers further in the league.

Internacional recorded a 1-1 draw against Santos on road in their most recent league fixture. It was their fourth stalemate recording in the past five league fixtures. Consistently recording a draw doesn’t seems to be so impressive and also it can’t be count as unbeaten all the time.

Meanwhile, Flamengo had an inconsistent start to this season. They have improvised their form further by sealing some positive and drawn outcomes to remain unbeaten in the league. The 14th spot occupying Flamengo’s win stats is as same as that of Internacional who occupies the fifth spot.

Flamengo recorded a 1-0 defeat on road against Bragantino in their most recent league fixture. It was their second subsequent defeat in the league. They will be hoping to return back to the unbeaten form they had before recording the above set of negative displays.

The home form of Internacional looks decent enough at present. But three of their total 4 home outings this season were drawn outcomes. We can see them recording a draw against outfits currently occupying the final six of the table.

On the other side, Flamengo managed to better their form from a winless start on road. They have won against Fluminense and recorded a draw against the current unbeaten streak holder Ceara of late.

On top of that, Flamengo possesses a strong head to head from at present against Internacional. Hence, we back Flamengo to seal a win from this fixture on Sunday.