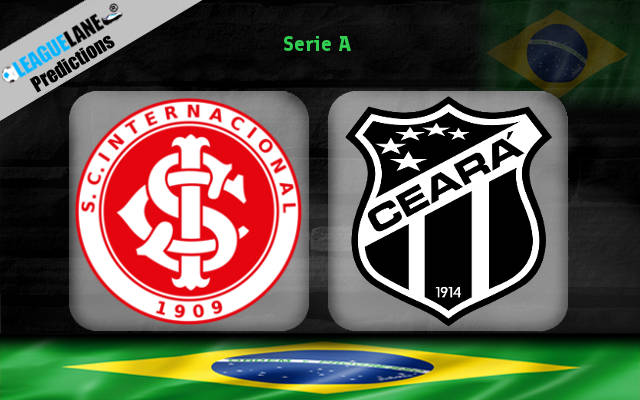 Internacional is in a mixed form in the Brazil Serie A this season and will aim to make a comeback. The host will welcome Ceara on Sunday for the three points. In the meantime, the away team is also in a similar form in the campaign making it a close call at Porto Alegre.

The home team has lost two of their last four matches in the league, including the 0-1 loss at home to the likes of Athletico MG in the last clash. Their only win so far this term after four rounds came on the road against Bahia.

On the other hand, Ceara is two places ahead of the home team with their goal difference. The away team has picked up a similar four points in the campaign. The visitor has been winless for the past three clashes in the schedule, following a 1-2 loss at home against Bahia.

With both teams in a winless streak in the campaign, expect an open game at Porto Alegre on Sunday in the league. Internacional enjoys the ground advantage in the middle and has just one point from the two home matches this term until now.

On the contrary, Ceara has been winless for three games in a row with two defeats in it. Besides, they have a poor form on the road in the campaign. Thus, the home win in full-time will probably be the best bet for the punters in the clash. Also, the tip for BTTS will probably come in handy.