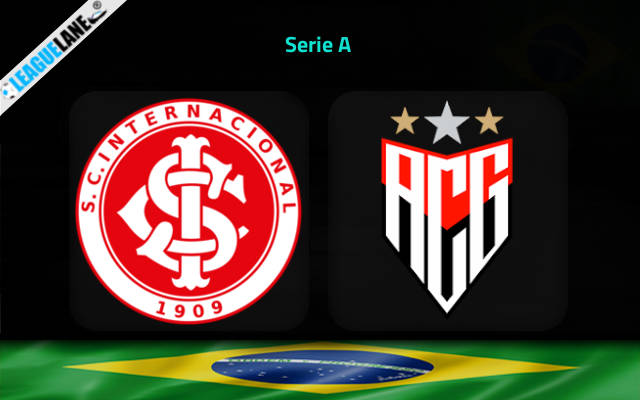 Both the teams are in the zone for promotion to Copa Sudamericana (Group Stage) as they differ only by 4 points. With 5 games unbeaten the Dragons take road trip to
Estadio Jose Pinheiro Borda to meet The Red side this Monday. The hosts are in dire need of a win, in order to turn the tables after not seen a victory in the past 4 games.

The hosts reside at the 10th spot with 48 points in hand. Of the 36 matches played, the number of wins, draws and losses share 12 each. They don’t show any reluctance while scoring but they tend to concede nearly the same amount, showcasing the goals to conceding ratio at 43:39.

The Red side drew the last game against Santos by 1-1 after suffering 3 back to back defeats from Fluminense, Flamengo and Cuiaba. Edenilson has assisted the most goals for them with 7 and is at the 5th spot in the top scorers list in the league with 11 goals.

The visitors is at the 13th spot on the table with 44 points from 35 games. They won 10 matches while drawing 14. Their number of defeats stands at 11. Their previous match saw a win against Bahia by 2-1 after drawing 4 back to back games.

AC Goianiense GO haven’t won any of their last 5 away fixtures along with their previous 5 games ended in 4 draws to Juventude, Ceara, America MG and Santos.

When playing at home, SC Internacional RS have not lost to the Dragons in their last 5 encounters. The hosts are in average home form while the visitors are highly competent at away schedules.

We expect a possible draw while coming to this fixture, as most of their h2h matches resulted in both sides setting for a draw.