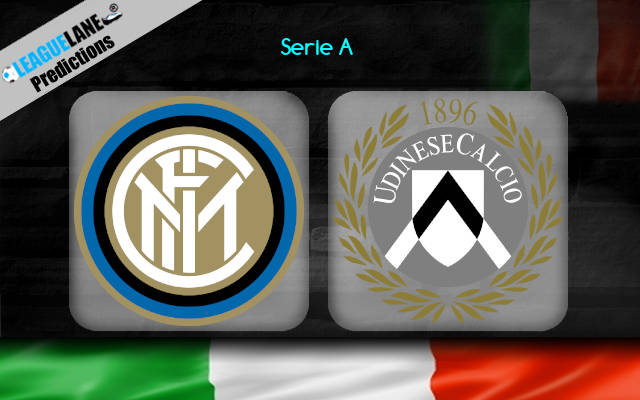 Inter are looking to finish the triumphant campaign with a victory over Udinese in their last game of the season on Sunday afternoon at Stadio Giuseppe Meazza.

Inter have secured their maiden Scudetto title since the 2009/10 season several weeks ago. However, it did not prevent them from continuing the victorious streak.

I Nerazzurri have bagged eight goals in back-to-back wins over Sampdoria and Roma in the last two home outings. They will want to finish the season with yet another home victory to pass the 90-point mark for the season.

Inter produced a decent display in a narrow 3-2 loss to Juventus in a weird and eventful contest at Allianz Stadium last weekend. They will be without Marcelo Brozovic (got sent off against I Bianconeri), but Conte should still send a strong line-up to the pitch here.

Inter’s chances for success grow if we take a look at Udinese’s latest form. The visitors took only one point from the last four league outings.

They conceded five goals in the previous away match against Napoli and they will travel to Stadio Giuseppe Meazza off the back of a home defeat to Sampdoria (0-1).

Udinese currently hold the 12th place in the Serie A standings but they could theoretically finish the season as low as 16th with a defeat here. There is really not much to back them up here against Inter who have both form and tradition on their side.

Udinese did not score a goal in six successive clashes with Inter. They also notched just one goal in the last two Serie A outings. The home win to nil thus looks sweet at the sky-high 2.87 odds.