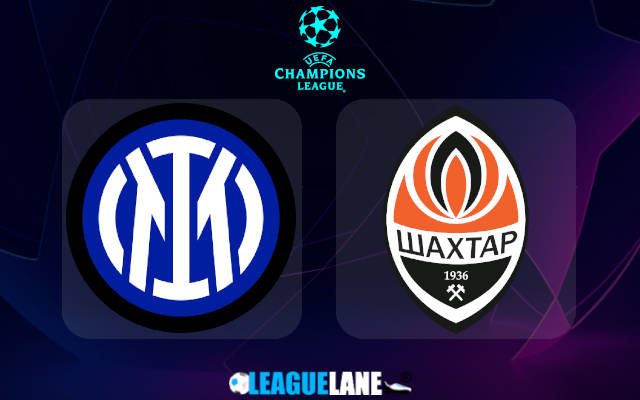 Shakhtar Donetsk will make the trip from Ukraine to Milan as they take on Inter Milan at the San Siro. Read our Preview, Predictions, and Betting Tips with Analysis here.

Shakhtar are knocked out of the Champions League already and are extremely unlikely to make it to the Europa League knockouts by finishing third in the group.

Inter Milan will need to take as many points as they can, with Sheriff breathing down their necks and Real Madrid within reachable distance from them.

Donetsk has been dominating the Ukrainian League as per usual this season. With just a loss all season they have managed 38 points through 15 games in the league. They currently occupy the second position in the league behind Dynamo Kyiv only on goal difference. They have scored a whopping 40 goals already while conceding just 8.

The club has had contrasting displays in the Champions League as they have lost all but one of their fixtures, with the goalless draw against this opponent at their home their only upside of the tournament. They are bottom in Group D, 5 points behind their Sheriff in the 3rd position.

Meanwhile, the Nerazzurri have been the closest team in the Serie A table behind Milan and Napoli who are top of the table level on points. They defeated Napoli at home this weekend and with Milan losing their corresponding fixture, they are now just 4 points behind the top 2 teams in the league. Simone Inzaghi’s men have gained 28 points through 13 games in the season and have lost just once in the league this season.

They did have a disappointing start to the season after a loss at home against Los Blancos and a scoreless draw against this team in Ukraine. They have since registered a couple of 3-1 wins over Sheriff in home and away games, which puts them 2nd in the table with 7 points across their name, 2 points behind Real Madrid and a point clear of Sheriff.

The hosts, despite not sealing all points in the away game, have made San Siro their fortress this season having lost just a game at this venue since their loss against Ronaldo led Juventus in February.

The visitors have just a win in their last 7 UCL group stage games on the road. Hence I have backed a European Handicap in favour of the home team.

Nerazzurri have conceded less than a goal on average in their home games this season, with the visitors scoring just once in the competition this season they are unlikely to find the back of the net.