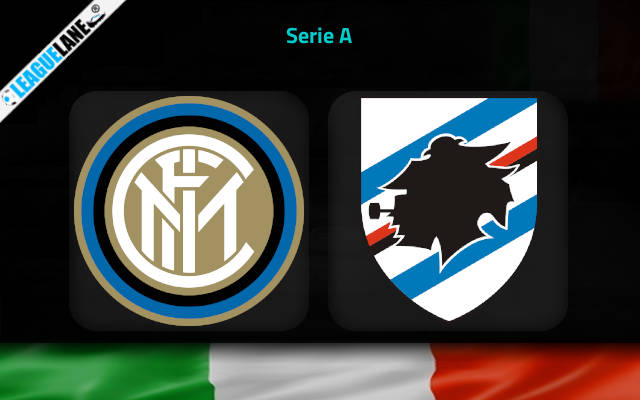 Sampdoria finally managed their first win of the season on Monday night when they dispatched Cremonese 0-1 on the road.

Center-back Omar Colley bagged a late goal to make the difference between the two teams although we must say it would not be underserved had the outcome been different.

The fact that Le Samp allowed the struggling Cremonese side (the team with one of the weakest budgets in the league) 21 shots on Monday best reveals Sampdoria’s current form.

It will be very hard for new manager Dejan Stankovic to back this win up on Saturday evening as his Sampdoria travel to Stadio Giuseppe Meazza to battle Inter Milan in Matchday No 12.

Inter Milan are on a streak of three straight league wins after the last weekend’s success at Fiorentina.

It was anything but an ordinary match for I Nerazzurri who won 3-4, netting the deciding goal of the game in the fifth minute of added time.

However, it was the fourth consecutive game in which Inter Milan notched at least two goals. We have to expect the hosts to create chances here against Sampdoria who conceded 21 shots in the previous round’s game against Cremonese.

No other team in the league have scored fewer than Sampdoria’s 6 goals in the inaugural 11 rounds. Inter Milan are on a run of three straight league wins and they can ill afford dropping the ball here knowing that leaders Napoli are still eight points away.

This should be a one-sided game and we will back Inter Milan to win in both halves at the 2.62 odds. You can also back Lautaro Martinez, who has six goals to his name this term, to score anytime here at the 2.05 odds.