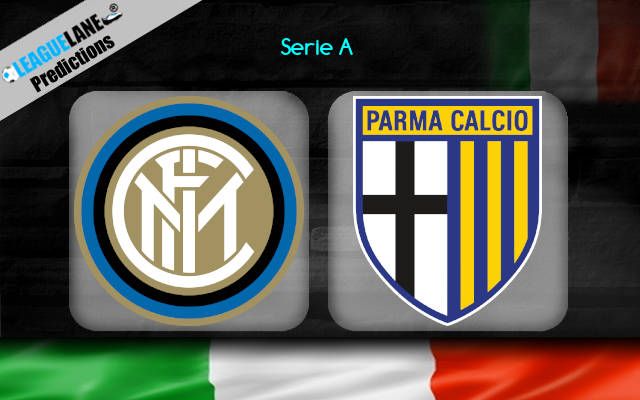 Despite a couple of slip-ups in the last few weeks, Inter Milan are still not far away from the top of Serie A table. Antonio Conte’s squad have lost big city derby match to AC Milan two weeks ago, but bounced back quickly in the next round with a dominating performance against Genoa.

This Saturday Nerazzurri welcome Parma and anything but a home win would be a disaster, especially after poor Champions League appearances.

As expected, bookies are heavily favouring hosts with 1.25 odds to claim all three points.

These two teams have a long history when it comes to head to head duels. There were 48 of them in the past, and Inter Milan have 20-15 lead in achieved victories.

Nerazzurri have very good stats when it comes to matches at Meazza, having won 13 out of 24 encounters, while losing only two.

The most recent head to head encounter took place in Parma in June. Inter Milan were victorious 2-1 FT thanks to the goals scored by De Vrij and Bastoni in late stages of the match.

We are having no doubt that Inter Milan are going to claim all three points on Saturday night against Parma, but 1.25 odds are hardly going to get us anywhere in terms of profit.

Inter’s UEFA Champions League draws against M’gladbach and Shakhtar Donetsk were quite unfortunate, as they were dominant in both games but failed to achieve one victory.

The attacking potential of Nerazzurri is huge, and we are expecting a lot of action in Parma’s box. Inter to score in both halves at 1.72 is going to be our primary betting choice here.

Another reason backing that decision is Parma’s stats. They conceded 11 goals in the last five Serie A games, sitting in 16th place with four points, just one above the relegation zone.