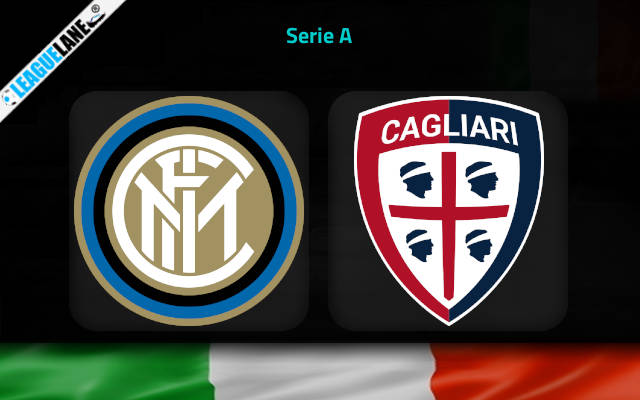 The gulf in quality between these two sides is significant and we have all the reasons to expect a pleasant evening for the home team fans on Sunday night at Stadio Giuseppe Meazza. Inter Milan picked up four straight league wins, keeping their net untouched in each of the last three games in the process.

Inter Milan produced one of the best performances of the season last weekend when they demolished Roma 0-3 away at Stadio Olimpico.

I Nerazzurri bagged three first-half goals to kill all the drama in what was supposed to be the derby of the round.

They allowed Roma no more than a single shot on target in the 90 minutes of the affair in the capital.

It was the fourth straight league victory for Simone Inzaghi’s troops who took advantage of AC Milan’s and Napoli’s recent slip-ups to narrow the gap behind the table-toppers down to a single point.

Inter Milan will have a nice opportunity to maintain the winning streak on Sunday evening when they host bottom-half Cagliari in the last game of the day.

Cagliari sit third from bottom with just 10 points from 16 outings. They have won only one game since the start of the season.

They did have a very easy schedule with the fixtures against Sassuolo, Salernitana, Verona, and Torino in the process.

Tips for Inter Milan vs Cagliari