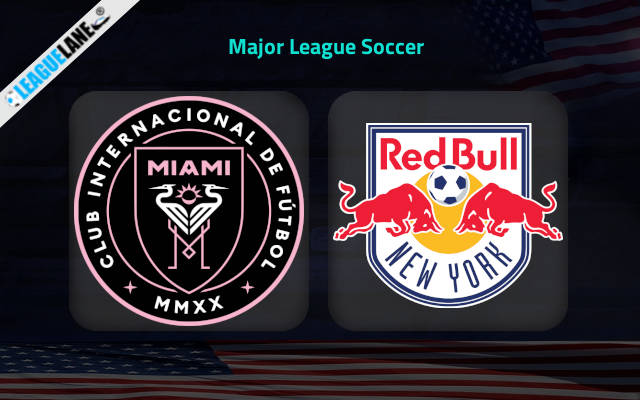 New York Red Bulls will be hoping to extend their great spell of form on Sunday when they travel to Fort Lauderdale to take on Inter Miami in what should be an exciting Eastern Conference match at DRV PNK Stadium.

New York Red Bulls is at the 5th spot on the standing with 20 points from 12 games. They won and drew 5 times each while having lost on twice other occasions. The visitors are currently on a great run of form and they need only 2 more points to reach the table top. They are also tally on points with other 3 sides at the top.

The visitors has drew their third consecutive game previously to Chicago Fire by 3-3 which came after their 1-1 tie with Philadelphia Union and Portland Timbers. In their previous 6 outings, New York RB have helped themselves to a tally of 12 goals while additionally getting on the scoresheet on each of those.

On the other hand, Inter Miami is at the at the 12th position on the table with 12 points. Of the 12 matches played, they won and drew thrice each while having lost on 6 other occasions. The hosts have been one of the worst teams in the entire division after eleven rounds an has a far from perfect backline which cost them 21 goals.

Inter Miami go into this match after a 0-0 MLS draw with Philadelphia Union. They have seen their defense breached in 5 of their previous 6 clashes, giving up 7 goals on the way.

Inter Miami has enjoyed playing at home recently, with the side currently unbeaten in 4 games. But they won only 2 home games out of the 6 played so far. However they have won only once against this visitors considering their past 4 h2hs.

Meanwhile, New York Red Bulls are the best away side this season winning 5 out of 6 on-road fixtures and have not yet lost while traveling. They also have the better h2h stat over this foe.

Knowing that, we expect an away win to happen this Sunday.