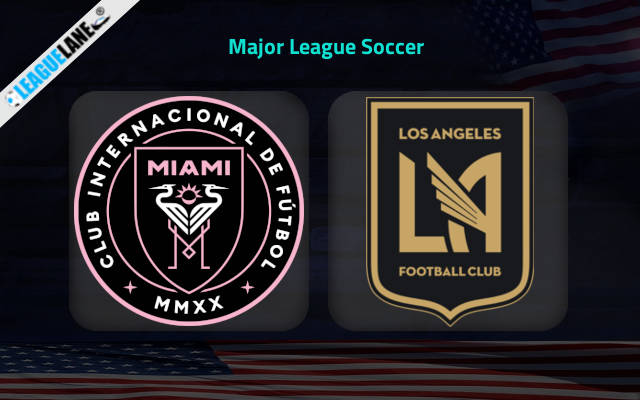 Inter Miami is all set to face Los Angeles FC for their next match on Saturday at Fort Lauderdale.

Inter Miami played their last match against Austin. Austin scored five goals in the match while Miami could score only one. The team had taken the lead in the first half itself and maintained the lead until the end. The match ended with 5-1 FT score.

Los Angeles played their last match against Portland Timbers. Portland Timbers had scored their goal in the first twenty minutes and maintained the lead well. However, a 90’minute goal from Los Angeles evened the scoreboard, ending the match with 1-1 FT score.

Inter Miami has had a rough start to the season. The 11th placed team in Eastern Conference has not won in their last two matches. The team had been inconsistent with their form in the last season and the teams needs improvement in their form if they wish to move up the table in this season.

The Western Conference team had ended their last season in the 9th position on the league table. Last season, the team had achieved mixed results in their last matches. The team has, however, scored in their first two matches of the season and has won in one of them as well.

Miami had a rough start to the season. They are winless in their last two matches and have already conceded five goals. Los Angeles’ is unbeaten from the start of the season and will hope to keep this streak going by getting a win in this match. Both teams have scored in most of their home matches and can be expected to score in this match as well.

Miami has played in their home match once in this season, which ended in a draw. Their recent home matches have produced mixed results as well. Los Angeles has also achieved mixed results in their latest away matches. However, this will be their first road trip of the season and they will hope for a win here as well.

Looking at the records, I believe the match is most likely to end in a win for Los Angeles.