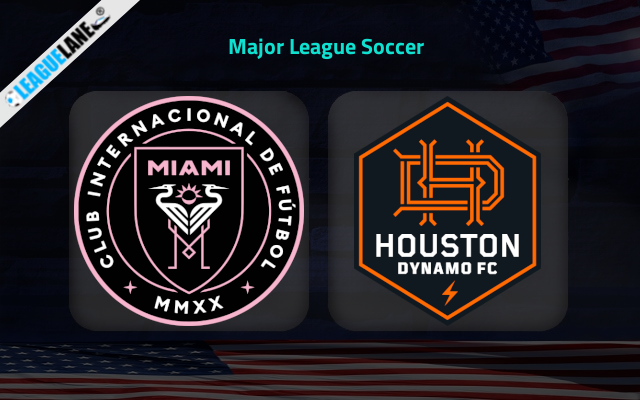 Inter Miami have opened their fresh MLS season fixtures with negative results mostly. They have displayed a disappointing form since the beginning. As a result they are pushed down to the rock bottom of the Eastern Conference table. They are yet to record a win and will be desperate for one.

Inter Miami recorded a 3-1 defeat against Cincinatti on road in theoir most recent league fixture. With that defeat, they are now on the back of three subsequent losing games in league. They will be hoping to better themselves.

Meanwhile, Houston Dynamo had an average start to this season with inconsistent recordings. They have recorded every possible outcomes in the first four fixtures. They have an average offensive and defensive lineups too. With all the above stats in possession, they occupies the 10th spot of the Western Conference table.

Houston Dynamo played a 1-1 draw against Colorado Rapids at home in their most recent league fixture. Despite of their inconsistent form, they have managed to record two consecutive unbeaten fixtures and will enter their next fixture with the hope of making it three.

Inter Miami had an average form at the end of the previous season fixtures at this venue. But their current form is so disappointing as each of their two home fixtures ended up in winless outcomes.

On the other side, Houston Dynamo started this season’s on road fixture with a negative display. Also, we can see them following a long thread of negative outcomes. Also, they have failed to record a win on road in the previous season.

Considering all the above stats, we expect both these outfits to end up in a draw when they meet at DRV PNK Stadium on Sunday in an MLS fixture. We quite don’t see any other option as ideal for concluding this clash with.