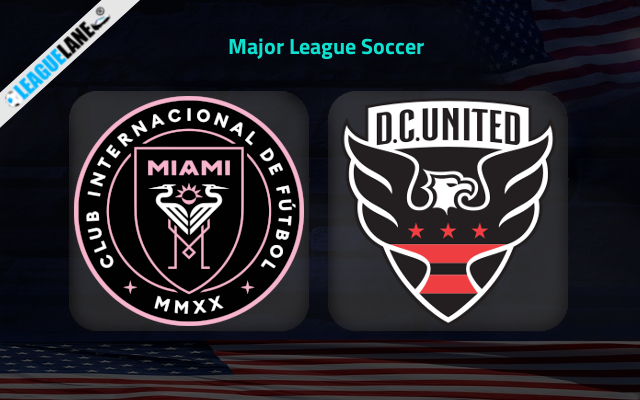 Inter Miami had a disappointing start to this season. They have recorded defeats in more numbers than their wins and draws combined. However, they have tried to improve themselves and have succeeded in the process till a couple of games ago. Currently they are back to the losing streak.

Inter Miami recorded a 1-0 defeat on road against Charlotte in their most recent league fixture. With that defeat, they are now having a losing streak of two games in the league. Their improving run of three consecutive winning games came to an end with the above set of negative displays.

Meanwhile, DC United are also having a a disappointing run so far this season. They have won four and lost five of their 9 league fixture to add up to a total of 12 points on the table for occupying the 10th spot. Anyways, they can still bounce back from their current slump.

DC United recorded a 2-0 win at home against Houston Dynamo in their most recent league fixture. They were on the back of a 3-0 defeat against Columbus Crew before recording the above win. Therefore, they will be hoping to make that win count.

Inter Miami are on the back of two subsequent winning home games in the league of late. However, each of those positive outcomes were bagged from outfits outside the safe zone.

On the other side, DC United have lost to outfits occupying outside the safe zone while battling with them away from home. In that case, we can’t back them to seal a win from this fixture.

Therefore, we are in favour of Inter Miami to record their first ever win against DC United when they both meet in an MLS fixture on Sunday.