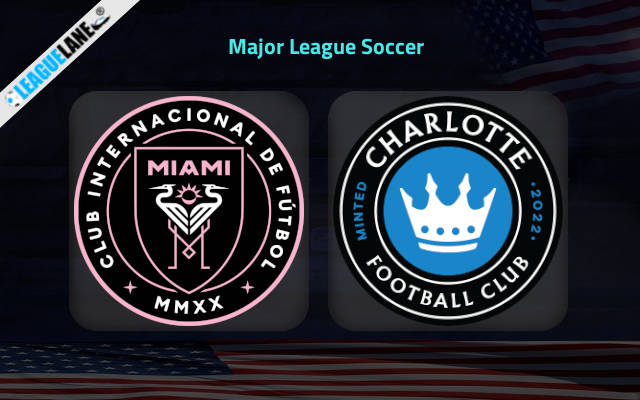 Inter Miami had an average start to this season. They won six, drew four and lost eight of their 18 league fixtures this season to collect a total of 22 points for occupying the 10th spot of the Eastern Conference table. Their defensive line-up is not so impressive and a part for them to worry about

Meanwhile, Charlotte also had an average start to this season and have maintained the same further. They have won enough of MLS fixtures so far this season to occupy a spot inside the safe zone. With a total of 26 points, they resides the sixth spot of the Eastern Conference table.

We can see Real Salt Lake recording a 1-0 defeat on road against Orlando City in their most recent league fixture. It was their third winless recording in the past five league fixtures. Such a run wont be helping them to climb up to the safe zone.

However, Inter Miami have been performing really well at home lately. They are unbeaten in each of the past 6 league fixtures at this venue. Five of them were motivating positive displays too.

On the other side, Charlotte FC recorded a 4-1 win against Nashville SC at home in their most recent MLS fixture. It was their fourth unbeaten recording in the past 6 league fixtures. They will be hoping to record those more from the upcoming league outings.

Anyways, they are not having the same run on road of late. They are winless in four of the past five league fixtures on travels. Three of them were negative displays too.

In that case, we are left to back Inter Miami to seal a win from this MLS fixture against Charlotte FC on Sunday.