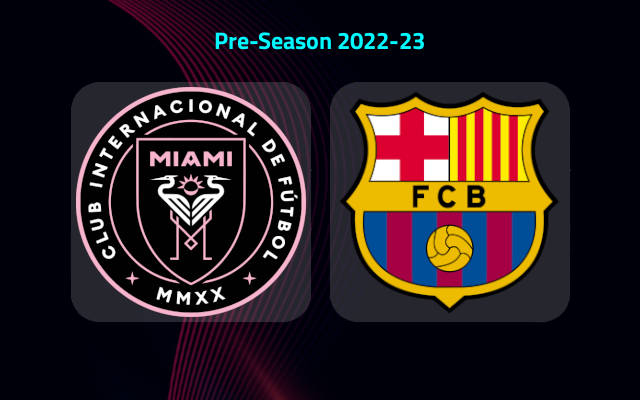 Barcelona really won this transfer window. With back-to-back impressive signings they have shown their willingness and determination to get back to the top of the food chain. Inter Miami, who are leagues below in terms of quality, do not stand much chance this Wednesday against one of the heavyweights from Europe.

Going on, this is the opportunity for some of the big names in the Catalans’ roster to win the confidence of manager Xavi, and therefore expect a dedicated effect effort from them throughout the 90 minutes.

Meanwhile, Inter Miami might be one of the top dogs in the American football scene but they are not at all a challenge for an average European team, let alone one of the best.

Going on, after having been relegated to the Europa League the last season this is the chance for Xavi to show what he can do. And after some dream signings, he is under pressure to deliver as well.

As things stand, expect a dominant performance from Barcelona and a win as well this Thursday at the DRV PNK Stadium.

Miami had lost 2 of their past 3 overall fixtures and they had let in 2 or more goals in their past 2 games. Do also note that they were winless in 9 of their past 14 matches as well.

On the other hand, Barca were unbeaten in 6 of their past 7 overall games and their only defeat during this stretch had come against Villarreal, who had won the Europa League the season before.

By the looks of things, expect a victory for Barcelona this Wednesday. Do also count on them to register a convincing win.

Tips for Inter Miami vs Barcelona