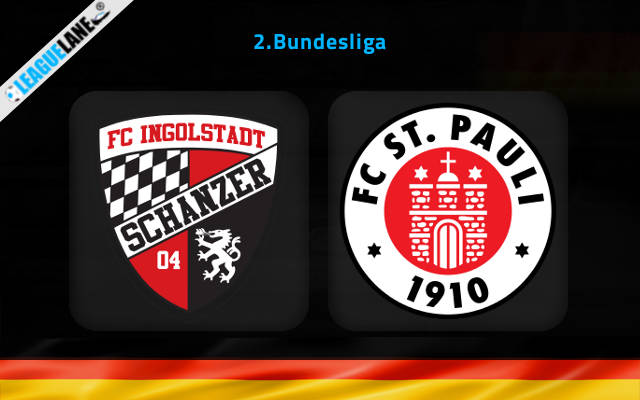 St. Pauli is just a point away from getting into the zone of promotion to Bundesliga. They lost the 2 out of the past 5 league fixtures and are level on points with Hamburger SV which are second. Ingolstadt is at the second last position on the table after drawing the last 2 games in a row. They are currently battling relegation even after unbeaten in the past 3 fixtures. With 26 points separating the two, they both face of each other at Audi Sportpark this Saturday for the 24th Round of 2.Bundesliga.

Kiezkicker are at the 4th spot on the standing with 41 points from 23 games. They won 12 times in the league while drawing on 5 and losing on 6 other occasions. They scored 45 in total while conceding a sum of 34 which shows that they tend to concede more often.

St. Pauli suffered a 0-3 loss in the previous game against Hannover. They have been dangerous up front in the lead-up to this encounter, scoring 10 goals in their last 6 matches while a bit leaky at the back, having also been scored against in 6 of those same matches.

On the other side, Die Schanzer resides at the 17th position on the table with only 15 points. Of the 23 matches played, they won only thrice while drawing on 6 and losing on 14 other occasions. Their total goals to conceding ratio stands at 21:42 displaying their far from perfect defense.

Ingolstadt will play in this match after a 1-1 draw against Werder Bremen last week. Rüdiger Rehm’s men have netted a sum total of 10 times in their past 6 outings. At the other end, the number of goals that they have conceded in those fixtures stands 5.

The hosts have not emerged victorious against St. Pauli in their previous 4 league matches and haven’t won at home in the past 2 league games. Therefore, we anticipate a win for the visitors this weekend.