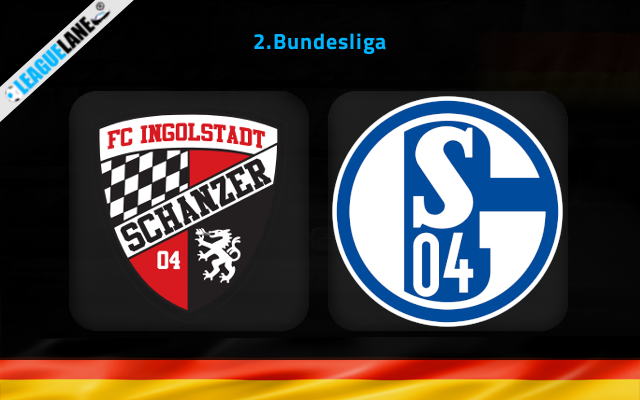 Schalke have an inconsistent form in the league of late. Their current seesaw of form reflected in their position on the table. They sits 6th with 41 points. They have an impressive attacking and defensive lineup. They will be hoping to get back to winning ways when they travel to Audi Sportpark to face the hosts Ingolstadt in a 2.Bundesliga fixture.

Ingolstadt, meanwhile, sits at the rock bottom of the table. They are undoubtedly the worst side of this season so far. They have a disappointing attacking and defensive lineup.

They were last seen playing against Dusseldorf away from home. The match ended up in a 3-0 defeat for them. With that defeat, they are now following a four-game winless streak in the league.

Schalke too conceded a defeat in their most recent league fixture against Hansa Rostock at home. But they have managed to record three unbeaten games in the past 5 league outings.

By the looks of things we expect Schalke to enter this fixture with positive spirits as they have the advantage of facing the worst team of this season who possess a weak defensive steel.

On the other side, Schalke are unbeaten in 5 of the past 8 league fixtures on road. Their fluctuating on road will count little against this Ingolstadt outfit. Schalke have succeeded in scoring in each of those 8 league fixtures.

Therefore, we expect a comfortable clean sheet win for Schalke against Ingolstadt who might well find it difficult to score themselves.