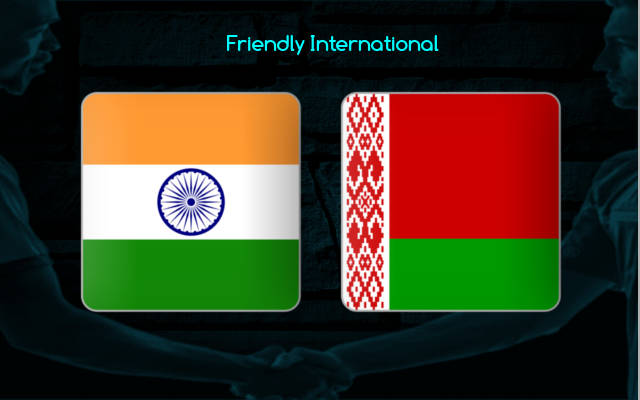 India and Belarus will meet each other in a low-profile friendly on Saturday afternoon in Bahrain.

This will be the final test for the Indian side ahead of the start to the new Asian Cup Qualifying campaign in June.

India will have a nice chance to feature at the Asian Cup after being drawn with the likes of Afghanistan, Cambodia, and Hong Kong in the qualifying Group D.

This is why the team led by Croatian manager (former famous center-back) Igor Stimac will be highly motivated to do well in the final test before the important qualifiers in June.

The match against Belarus is very much a winnable affair for India since their European rivals have had a dreadful World Cup qualifying campaign.

Belarus finished qualifying group E at the very foot of the standings with seven defeats in eight clashes against Belgium, Wales, Czech Republic, and Estonia.

The Belarusians have conceded 24 goals in these 8 outings. The team led by Georgi Kondratjev, however, managed to improve the confidence with a narrow 1-0 victory over Jordan in a friendly played in mid-November last year.

Neither India nor Belarus have big names in their ranks. India will miss their key talisman Sunil Chhetri through injury.

The team’s captain and by far the top scorer (80 goals in 125 appearances for the national side) will represent a huge absence as India will find it very tough to deliver up front without the veteran forward in the team.

It is also worth noting that the current Belarusian team do not have a single player with four or more goals for the national side.

This will be the first head to head encounter between the two outfits.

This will be a tight affair between two similarly-matched opponents who lack genuine attacking threat. We would not be surprised to see a goalless scenario on Saturday in Riffa.

The Under 1.5 goals FT is a well-worth backing bet at the 2.62 odds, while the braver punters can shoot for the goalless draw at the odds of 7.00.