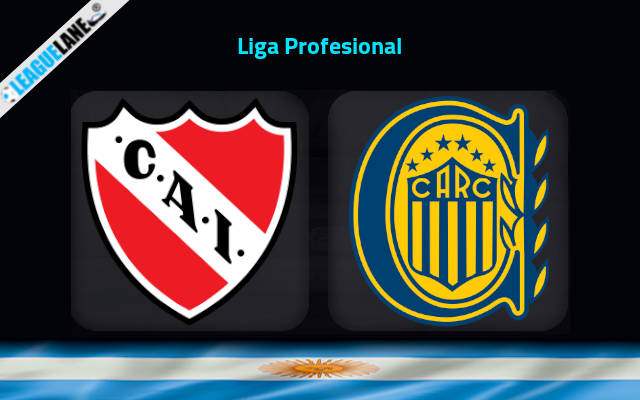 Matchday 8 of Liga Profesional is set for this weekend as Independiente play host to Rosario Central where both these sides share same points and lie one below the other. These two teams will be seen clashing at Estadio Libertadores de América, this Saturday.

Independiente is at the 22nd spot on the standing with 7 points from 7 games. They won 2 times in the league while having drawn once and have lost on 4 other occasions. Coming into this game, they has picked up just 3 points from the last 5 games, both home and away.

The hosts will be hoping to bounce back here after a 1-0 Superliga loss in their previous game against Racing Club. They have seen getting scored against in 5 of their previous 6 games, shipping 10 goals along the way.

On the other side, Rosario Central resides at the 23rd position on the table with 7points. Of the 7 matches played, they won 2 times in the league while having drawn once and have lost on 4 other occasions. They have one of the worst offensive side in the league with scoring only three goals so far while conceding 7 in total.

The visitors go into this game following on from a 1-0 league win as they beat Sarmiento in their previous match. The trend of at least one team not managing to score in games featuring Rosario Central has become fairly consistent recently. A look at their last 6 meetings shows that it has happened 5 times.

Independiente’s latest record consists of 3 straight losses in Liga Profesional. But they also have a good record of 8 undefeated games of their last 9 home encounters here. Moreover, they have not been beaten in the league by Rosario Central in their previous 8 games.

Meanwhile, the visitors are without a win away from home in their last 4 matches in the league. They have lost all 3 away fixtures played so far this season.

Knowing that, we expect Independiente to seal a win this Saturday.