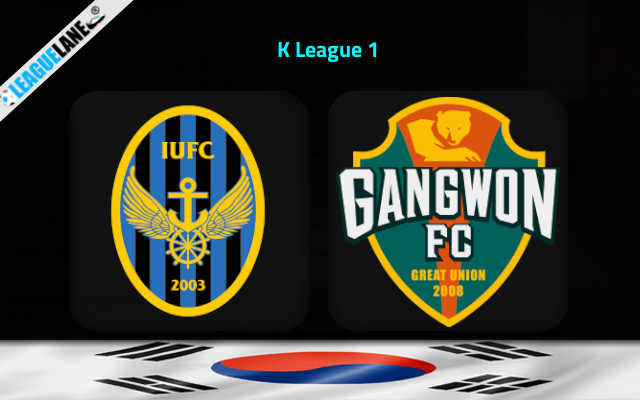 Incheon United had an average start to this season. They have maintained the same further to occupy the fifth spot of the league table at present. Their offensive side looks decent enough while their defensive steel is not that strong.

Incheon United recorded a 2-1 defeat on road against Jeju in their most recent league fixture. It was their fourth winless recording in the past five league outings. They will be hoping to record a positive outcome with the aid of home advantage in the coming league fixture.

Meanwhile, FC Gangwon had an inconsistent start to this season. Instead of bettering the form, they recorded disappointing displays further and have pushed themselves down to occupy the 11th spot of the table at present. However, they still have chances to secure their spot in the table.

Gangwon recorded a 3-1 defeat on road against Pohang in their most recent league fixture. With that defeat, they are now following a streak of three winless games in the league. They will be hoping to end their current winless slump.

We can see Incheon recording bettering displays at home of late. They are unbeaten in each of their past two home league outings. Their offensive side looks to have a good form here too.

On the other side, Gangwon is having a dreadful form on travels this season. They are yet to record a win on road and have lost each of their past two league away fixtures to follow a negative set.

Analyzing all the above stats, we are of the view that Incheon United will seal a comfortable three pointer against FC Gangwon when they both meet on Wednesday in a K League 1 fixture.