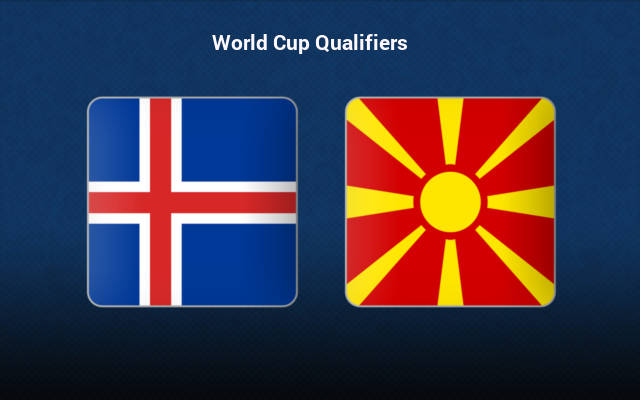 Iceland are going through a poor run at the moment, and have had a pretty disappointing campaign in the Qualifiers so far. Meanwhile, Macedonia have done well comparatively well till now, and also have a good h2h record against this opponent.

Likely, expect the latter to have the edge this Sunday at the Laugardalsvöllur.

As of now, they are placed third in the table, trailing just two points behind Germany, and three points below toppers Armenia. However, a restructuring in the standings is expected, as the Germans are pitted against the Armenians this same game week.

If everything go as planned, Germany will climb to the top with a win, and if Macedonia could post three points as well, they could be enviably possess the second position – a promising prospect as the Qualifiers are halfway done.

Iceland are after all conceding in plenty at the moment, and also have struggled in h2h clashes over the years.

As things stand, expect the determined North Macedonia to register a win this weekend against the weak Iceland.

Iceland lost 0-2 at home the last match-day, against Romania. In the meantime, Macedonia were held to a goalless draw by Armenia.

Going on, Iceland were winless in 12 of their past 15 overall fixtures, and 11 of these were losses as well. Do also note that they are on a three-game losing run at home, and have conceded two or more goals in all these matches.

On the other hand, their counterparts were unbeaten in 14 of their past 19 overall games, and importantly, they have a great h2h record against this foe.

Moreover, Macedonia are also ranked much higher by FIFA, and they are the only team in the group to have defeated 2014 World Champions Germany.

By the looks of things, expect a win for North Macedonia this weekend.

However, Iceland have performed offensively well at home in h2h meetings over the years, and they are also desperate to improve their standing. They are also a team that made a deep run in the Euro 2016, and they had qualified for the 2018 World Cup as well.

Count on them to find the back of the net at least once.