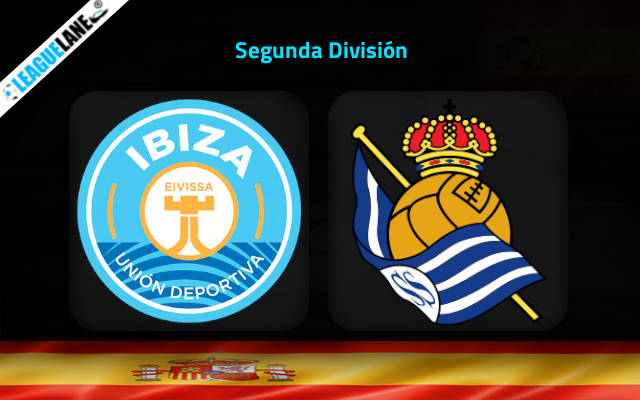 Game week 33 of Segunda Division brings us the match between Ibiza and Real Sociedad B on Saturday at Ibiza.

Ibiza played their last match against Girona, in which Ibiza could get past the opposition’s defences only once, while Girona netted five times. The match ended with 5-1 FT score.

Sociedad reserve team has not had the best season this year. They have only secured seven wins in the matches this season. Their poor performance has placed the team as the first team on the relegation and is six points away from Gijon, who are above them.

Real Sociedad B played their last match against Mirandes. The match recorded a 1-3 FT score loss for Sociedad.

Ibiza vs Real Sociedad B Head-to-Head

Ibiza vs Real Sociedad B Prediction

Both teams have had their trouble with their form in the matches this season. Ibiza has been inconsistent with their form getting mixed results from their matches. Real Sociedad B has lost in the last two matches and has only a few wins to show. In this season itself, the team had gone through eleven continuous matches without winning.

Ibiza has the advantage of playing in their home ground, where they have played well in their recent matches. The team is unbeaten in the last five matches. Sociedad’s away matches have not produced the results the tea had hoped for. However, most of their wins in this season were secured in the away matches.