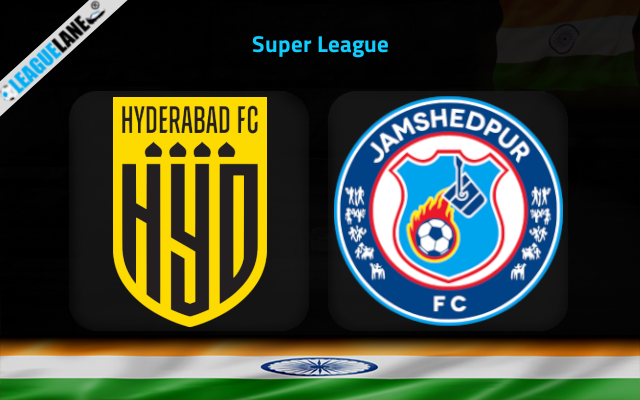 Both Hyderbad and Jamshedpur are enjoying a pleasant Indian Super League season so far. They both are placed at the first and the second position on the table respectively. We can expect an interesting encounter between these two strong outfits when they meet at G.M.C. Balayogi Athletic Stadium on Tuesday.

Hyderbad will enter this fixture with strong spirits as they have succeeded to record winning games since the beginning of this campaign. They are unbeaten in 15 of their total 18 league affairs.

On the other side, Jamshedpur have also been following an excellent form in the league. They have one match in their hand to play. With a total of 34 points, they sits second on the table.

Hyderbad have managed to record a 2-1 win over Kerala Blasters in their most recent league fixture. They have won each of their past three fixtures and will be hoping to make it four subsequent winning games with the aid of home ground advantage.

Jamshedpur have also played a tight game against North East United in away outfit. They have managed to end it up as a 2-3 win and are following a four-game winning streak currently.

We are of the view that Hyderbad will create enough chances and will be successful in converting a couple of those. They possess a strong defensive and attacking lineup. On top of that, they have only lost two home fixtures this season.

Meanwhile, Jamshedpur leaked goals in each of their past four away league fixtures. Also, they are winless in two of those four games.

Therefore, we expect a win for Hyderbad at the end of this one. It will be definitely an interesting affair as both these outfits have a strong form in the league of late.