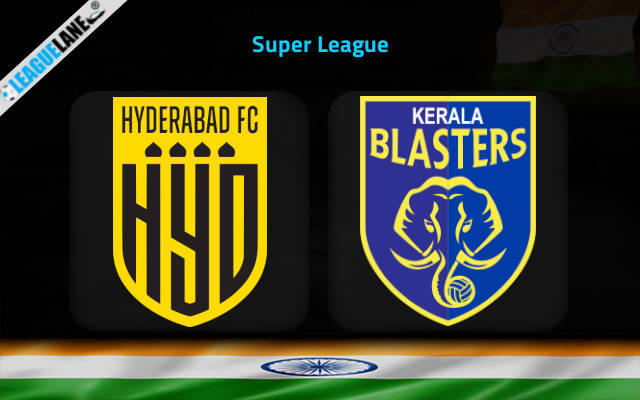 Indian Super League will drop its curtain this Sunday with the final battle between Hyderabad and Kerala Blasters at Fatorda Stadium. Both these outfits have delivered excellent performance in the semi finals, especially Kerala Blasters who outscored the topper of the table Jamshedpur in the aggregate.

Hyderabad displayed a strong semi performance against ATK Mohun Bagan in the first leg. They shocked ATK fans by scoring three goals after being down conceding one. Such a goal margin helped Hyderabad to enter the finals even after conceding a defeat against ATK in the second leg.

Meanwhile, Kerala Blasters entered the final for the first time since 2016 after recording a 2-1 win and a 1-1 draw in the consecutive semi final fixtures against Jamshedpur. They will be having enough of spirits to enter the final with Hyderabad on the back of their strong display over Jamshedpur.

By the looks of things, either of these two outfits are capable of displaying a highly competitive display. They both have did that in the semi stage. Therefore, expecting them to record a tight encounter in the final where there is no room for mistakes.

They both possess equal strength in their past head to head recordings. Hyderabad have a great form wearing the home jersey. However, the home advantage would be felt less as this season had neutral venues throughout and the final tickets have been sacked up by the Kerala blasters supporters.

When looking at their past league fixtures, Hyderabad have lost three of the past five while Kerala Blasters managed to record a positive display in the do or die stages.

Kerala Blasters have been also scoring goals at a good rate and they have been displaying their full potential in this crucial time in the league of late. Considering that, we are in favour of Kerala to record their first ever ISL trophy this Sunday.