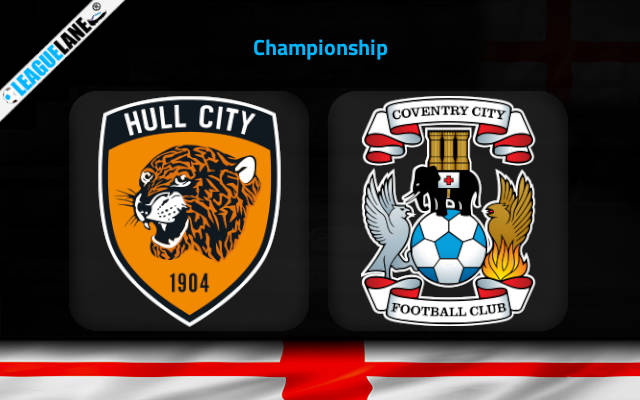 Hull seems to be back with their winless mentality in the most recent matches. They are on a winless streak in the last two matches after ending an impressive streak which had lasted over three matches.

From the last 5 matches, the team got two wins and two losses. The host currently stands 6th on the table.

Coventry added yet another winless to their display the past match-day. Since then, they had postpone three Championship matches so far this Campaign.

This match-up with Hull will mark as their third appearance this season. Coventry has started off gloomy this season. From the last two rounds, the team has got one draw and one defeat. They stands at the bottom of the table at present.

When comparing, both Hull and Coventry are following a streak of two winless games in the league currently. We can expect an interesting affair at MKM Stadium when Hull play host to Coventry in a Championship fixture on Saturday.

Coventry’s winless performance on the road will be a disadvantage for the team when they play against Hull away from home in the upcoming match.

The Black and Whites has been remaining undefeated at home consistently. Five of the last six matches have ended with over 2.5 goals, with Hull scoring over 1.5 goals in four of them.

Both teams have scored in the recent matches and will most likely score so in this match as well. With that being said, we back Hull to seal a win from this Championship fixture on Saturday.