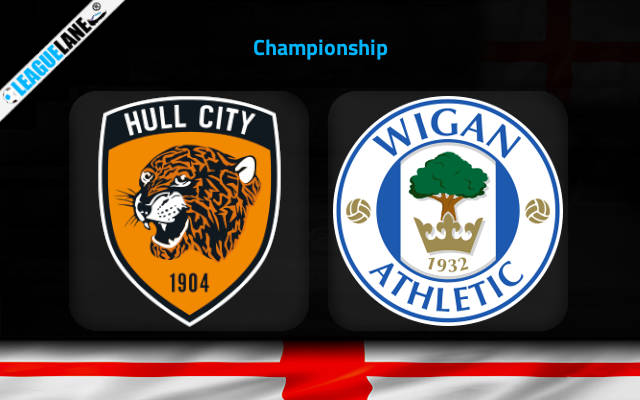 Hull City line up against visiting side Wigan at MKM Stadium in a Championship fixture on Wednesday.

Wigan has returned to the English second division after delivering an impressive performance throughout the past League One season.

They had a gloomy start to this season and have only won once in their first 6 fixtures this season. However, they picked up things in the last fortnight by sealing back-to-back victories.

Going on, the problem for their English manager Leam lies in his team’s defensive line, which allowed 9 goals in their past 6 league fixtures.

Going on, the team did a better performance to the opening fixtures of this Championship season.

But that didn’t last long. They have lost 5 of the previous 6 fixtures and are currently in 20th place with just 11 points. The past 5 rounds saw their defensive steel, allowing two or more goals each.

Wigan have a better form when compared with the current form of Hull City in the league.

Do also note that Hull is on a 3-fixture losing streak in front of their home crowd and had allowed a total of 7 goals in the process.

On the other hand, Wigan is on a 4-fixture winning streak on the road and are yet to record a defeat on the road in this season so far.

Considering all these observations, expect a victory for the visiting side Wigan on Wednesday.