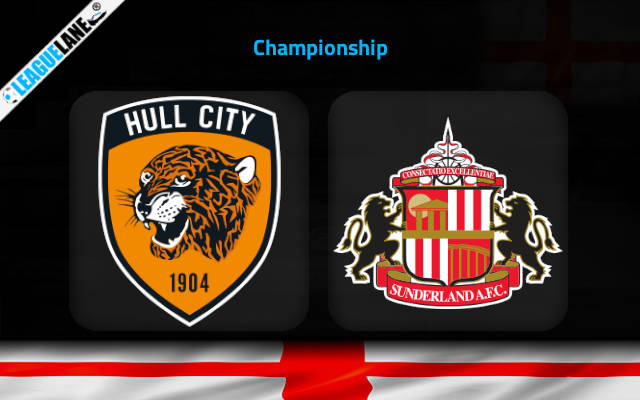 Hull held on to a goalless draw last weekend away at Watford to stay one point above the red zone line in the Championship standings.

They will be looking to back up such a result with a victory on Saturday afternoon as promoted Sunderland come to visit The MKM Stadium for the Gameweek No 23 tie.

Sunderland are enjoying an excellent campaign this season, especially if we know they played third division football last year.

The Black Cats currently occupy the 11th position in the Championship standings. They are pretty far away from the relegation scrap, meaning former Blackburn manager Tony Mowbray is doing a fantastic job with them.

Nevertheless, Sunderland ended their three-win thread with a disappointing home defeat at the hands of WBA last weekend.

The Black Cats had an early lead through Amad Diallo but their back line could not hold on to it, allowing two second-half goals for the home defeat.

Although Hull’s league position may not suggest so, the Tigers have a very dangerous attacking line led by Oscar Estupinan.

The Colombian forward bagged eight goals this term and he will no doubts be a massive threat to Sunderland’s goal on Saturday.

It is interesting to mention that Hull did not draw any of their eleven league games on the home patch this term. They have lost seven and won four in the process.

Hull left a better impression last weekend against arguably stronger opposition. We are not quite sure whether we can trust their defense (the worst in the league with 39 goals conceded in 22 outings).

The value is great with Hull to win & Both Teams To Score pick at the 5.50 odds, while we also like Oscar Estupinan to score a goal at the 2.50 odds.