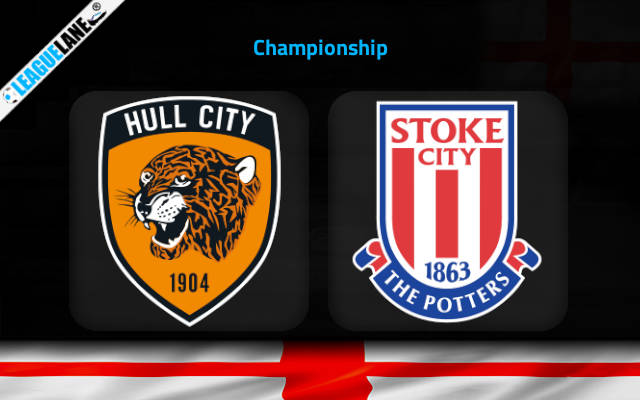 Hull City despite being winless since November in the league they have managed to keep them afloat of relegation. Thanks to the poorer performances by those teams below them in the Championship.

Stoke City have dropped a considerable amount of points recently and as a result, have fallen out of the promotion playoffs spots.

The Tigers lost in their most recent fixture against Blackpool away from home. Gary Madine scored the only goal on the fixture,

This was the club’s second consecutive defeat. Having managed seven points from their previous five league fixtures the team is now 19th in the Championship, four points clear of the drop zone.

The Potters were not able to hold onto a lead on the last matchday as they ended up losing to Preston North by a score line of 1-2 away from home.

This marked the 3rd loss for the club in five league fixtures. Having managed four points from those five features the club is now 8th in the league.

The hosts have lost just once in their last four matches on the road. Furthermore, their only loss to teams in the bottom six of the league table was against Derby County.

Whereas their opponents’ only win against a team within the top ten positions in the league came in October.

Considering the above the hosts are unlikely to gain anything out of this fixture.

None of the visitor’s previous four fixtures on the road had witnessed over two goals.

Furthermore, the hosts are not providing much threat while going forward as they have just scored 1.20 goals per game on average this season. Additionally, with the away defense conceding just about a goal per game a high scoring affair is unlikely.