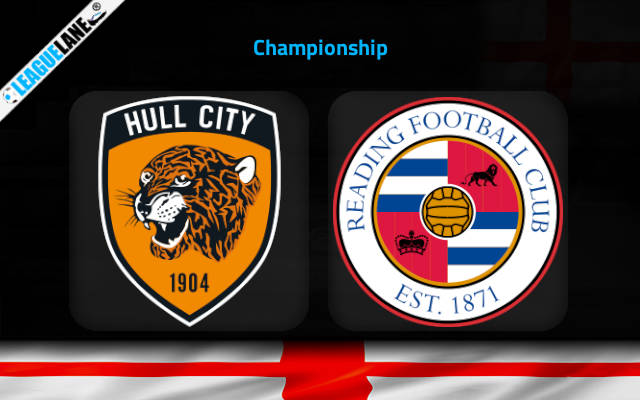 Both Reading and Hull are considered to be the amongst the weakest teams in the Championship, and defense is an area where either team finds it hard to perform. They have been letting in goals in plenty right from the start of the season.

Hull are placed 19th in a table of 24, and they have a surplus of just four points over the relegation cut-off. They managed to win just seven times, and it is also quite worrying that they let in the most number of goals of all the teams in the competition.

They also lost most of their recent appearances at home. In fact, of their past five home fixtures, four ended in losses. And it goes without saying that they conceded goals in huge numbers through this stretch.

Meanwhile, Reading are on a long series of poor performances, and they are one of the worst teams on the road in the campaign.

They secured just two wins so far away from home, and are also one of the few teams to remain winless in the past five road matches.

It appears that both teams are determined to secure a much-needed win at any cost, and will likely consider each other as a possible opponent to deliver an easy win against.

Moreover, majority of past h2h clashes also had goals in huge numbers, and all of these point towards a single inference – expect a high-scoring affair this weekend.

Hull lost 1-3 at home the last match-day, against Middlesbrough. In fact, they have a 100% losing record here since the first week of September, barring a single game.

On the other hand, Reading lost 2-0 on the road the past game week, against Watford. They are on a winless run that stretches back one month, and importantly they have a 100% losing record on the road disregarding three fixtures.

In addition, most of the past h2h match-ups had goals in huge numbers as well. Considering all these observations, expect a goal-fest this weekend.

Tips for Hull City vs Reading