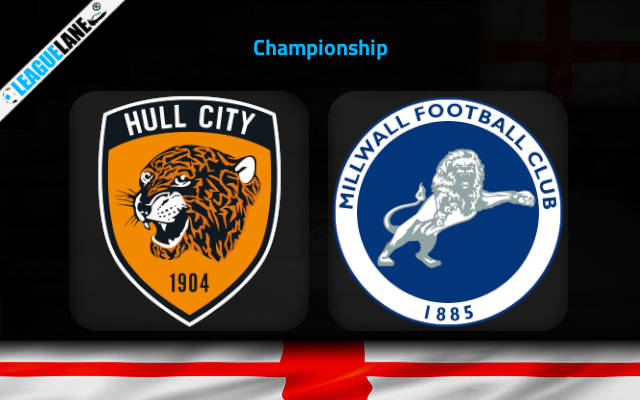 Hull City who were stuck in the relegation zone for most of the season, following their promotion from League One are now ascending the ranks of the Championship. They are set to welcome Millwall, a team who are clinging on to their position in the top half of the table, to the MKM Stadium. Read our Preview, Predictions, and Betting Tips with Analysis here.

The Londoners did not have the best of starts to the season as they did not register a win in their opening 4 matches in the league. They have delivered excellent performances and have lost just twice since September.

They are hampered from pushing for promotion by the 9 draws they have registered during the course of the season which is the second-highest in the division. The club is currently in 10th position, 5 points behind a playoff spot.

Grant McCann’s men needed time to settle back in the Championship as they were looking certain to get relegated until recently. The team registered just 3 wins until October. Their recent resurgence in form has seen them rise to 19th in the league, 3 points clear of the drop zone.

The momentum is with the home side as they have won their last 3 fixtures; however, it came against teams in the bottom half of the table and the Lions are definitely a class ahead. The hosts however have won just twice on the road this season and are winless in their last 3 league games, I do not see them taking away more than a point from this fixture.