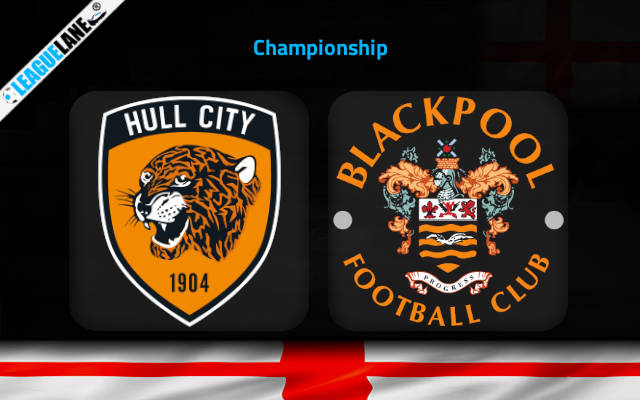 Hull missed a big chance to grab their eighth win of the season and move further away from the relegation scrap last weekend when they only drew 1-1 at home to Sunderland.

It was a match the Tigers just had to win. Their top scorer Oscar Estupinan failed to convert a penalty just after the break, while Liam Rosenior’s squad got another big chance when Eliot Embleton was sent off for the Black Cats around the hour-mark.

Nevertheless, the Tigers still managed to concede first from Sunderland’s lone shot on target. The only thing they have managed until the final whistle was to equalize through substitute Ozan Tufan.

Liam Rosenior’s men are now winless in three successive league outings. They are just two points above the red zone line and a position currently held by Blackpool.

It will just be Blackpool who will come to visit The MKM Stadium for the Boxing Day fixture in the 24th round of Championship.

The visitors will also enter this tie off the back of a 1-1 stalemate as they managed to avoid a defeat at Cardiff City Stadium.

However, unlike Hull who obviously improved their defensive displays in the last two games, Blackpool were lucky to avoid a loss in Wales as they had to face as many as 22 shots towards their goal nine days ago.

On another note, it was the sixth straight league game without a win for Michael Appleton’s troops. They have lost four in the process.

Hull left a much better impression in their recent draws to Watford and Sunderland. Their forwards should get plenty of room to deliver past the leaky Blackpool defense and we can find the value in backing Hull to win & Over 2.5 goals FT bet at the 3.75 odds.

Oscar Estupinan, who missed a penalty last weekend, is Hull’s top scorer with eight goals this season. We will back the Colombian forward to score anytime here at the 7/5 odds.