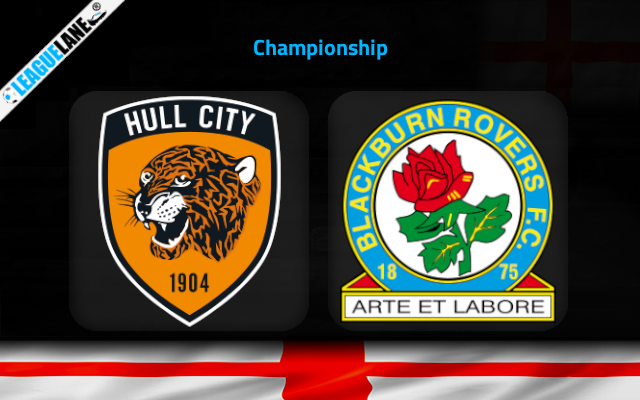 Blackburn have picked up three consecutive wins. They will aim for their fourth win as they will travel to MKM Stadium to clash with Hull City.

Following their 2-0 defeat against Birmingham, Andy Dawson’s team have now picked up the good form. They won their sixth game of the season when they defeated Rotherham by 4-2. The scoreline could have been higher as they put thirteen shots on target.

This is their second win in a row. Now the team is in the sixteenth position on the table. The main problem for the host is that they are conceding goals 1.94 goals per game, this is one of the reasons why they have conceded the most number of goals in the Championship.

The last time the visitors lost a game was on the 12th of October since then they have won all of their last three matches by scoring exactly two goals.

A first-half goal from Adam Warton was enough for Jon Dahl Tomasson’s side to secure all three points when they played against Birmingham last time.

This victory have helped the team reach third on the table. If they manage to win this fixture they will jump to the first position.

The major concern for the host is that their home form is looking abysmal. As they have lost four of their last five matches at MKM Stadium.

The host have conceded thirty-one goals this season. Moreover, they have lost 50% of their matches so far.

At the same time, the visitors have won the most number of games in the league. Therefore, we can expect them to dominate this upcoming fixture.

Our first prediction is that Blackburn will win this game by 2-0 – at 8.00 odd. This is after considering the they have won five of the last six overall meetings.

Moreover, our next tip for this game is that Blackburn will keep a clean sheet – at 3.25 odd. Since 2018, the visitors have won five matches and in all those games they kept a clean sheet.