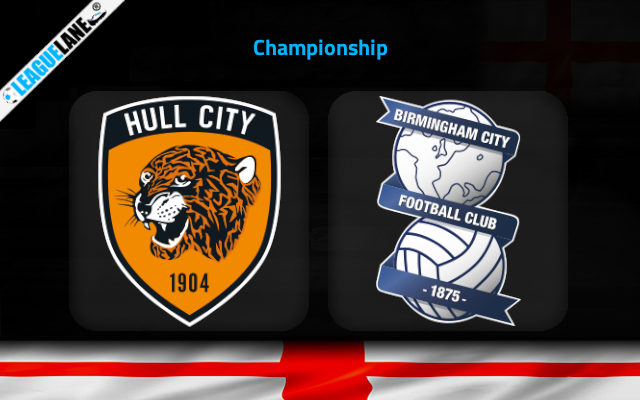 Prior to the international break, Hull City beat Barnsley 0-2 on the road in a battle of relegation candidates. Whereas Birmingham blew a 1 goal lead to lose their game against Reading 1-2, a team with who they are level on points currently.

Read our Preview, Predictions, and Betting Tips with Analysis for Hull City vs Birmingham City here. The match is set to take kickoff at 15:00 this Saturday at the MKM Stadium.

The Tigers have been poor all season, having lost 11 games already. They have managed to pick a few wins and draws against teams across all sections of the league table. With 3 wins and 3 draws they are 22nd in the table, 3 points behind safety.

Birmingham on the other hand have gone through poor spells of games as well, having gone 7 fixtures without registering a win at one point. Just when they were on the verge of entering a relegation scrap, they picked 10 points from 4 games and are now 10 points clear of the drop zone.

These clubs have two of the least goal tallies across their names in the division. With the hosts scoring just thrice in their last 5 outings and the visitors failing to score in 4 of their preceding 5 games on the road. Do not expect more than 2 goals.

Birmingham despite having a poor away record has avoided defeat in 4 of their last 5 games, with the hosts losing 5 of their preceding 6 fixtures. Expect the blues to Gain the upper hand in either half.