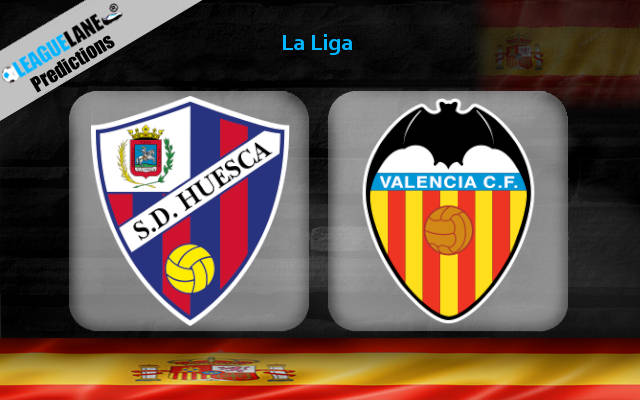 A third loss within the last five matches means Huesca is in trouble in the league. The host has to better Elche’s result on Saturday or stay par with them in order to avoid relegation this season. They will host Valencia and the latter does look dangerous in La Liga.

Huesca has won two of their recent five fixtures and both these came at home. They are nine points behind the visitor on the table as it stands. Their previous encounter was on the road and lost to Betis with a 1-0 scoreline in the campaign.

On the other hand, the away team will come in with two wins in their recent three clashes. similar to the host, Valencia also had their luck at home which puts doubts on their form on the road. They will visit on the back of a 4-1 win at home against the likes of Eibar in the previous encounter.

The h2h meetings between these sides have all seen both teams scoring and two out of the three clashes have produced over 2.5 goals in each.

Thus, the tip for over 2.5 goals will probably come in handy regarding the match is likely to be an open game in ninety minutes.

Furthermore, the host enjoys the ground advantage in the middle and it is their strongest suit in the campaign. Besides, Valencia has had trouble at the back when playing away from home.

Despite an unbeaten run in h2h clashes against the host, they shared the spoils at home in the reverse fixture this season. So, the home win in full-time will probably be the best bet for the punters.