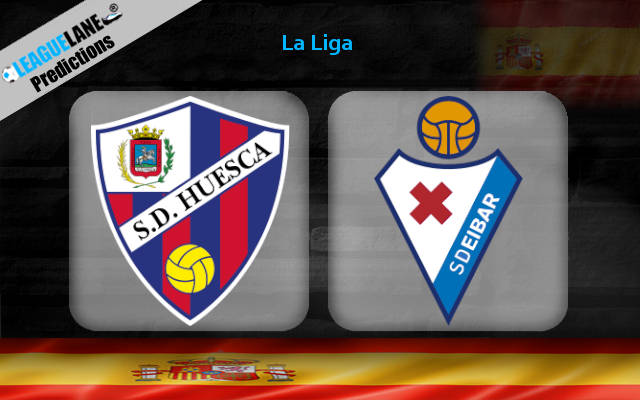 Huesca hasn’t been able to make a huge impact on their promotion to the top tier this season. Having won none of their eight clashes in the league this term until now, the promoted side doesn’t pose a huge threat to the traveling side.

They are on a two-game losing streak, following a 4-1 loss on the road against Real Madrid last time out in the schedule.

Eibar had two wins in their eight league appearances this season until now. Significantly, both these wins came within the recent four clashes and also were away wins in the schedule.

This puts the visitor slightly ahead of the host in the upcoming match. They will visit after a 0-2 loss at home against Cadiz in the previous encounter.

Huesca is not at their brightest form in the league this season after their promotion. The host enjoys the ground advantage in the game, but a winless streak in the past three home matches doesn’t promise much use of the advantage for the host.

Besides, the home team has conceded 2 goals each in two of their recent three clashes at home. Hence, it is likely to see Oscenses concede a goal in the upcoming match, which is why the tip for Huesca to not keep a clean sheet will probably be the best bet for the punters in the encounter.

Apart from the host’s position as the promoted team in the mix, their poor form in the campaign is also reflected prior to the upcoming match. In addition to that, Eibar has won their last two outings in the campaign, which is why backing the away team in the clash seems to be the ideal choice.

The double chance favoring Eibar will probably be another suitable option for the punters to yield decent returns from the encounter.