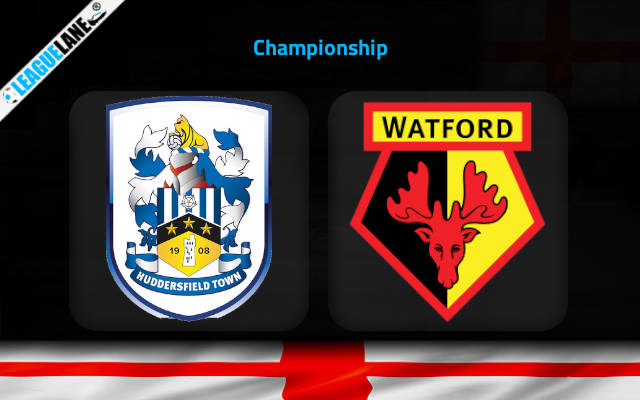 Huddersfield will continue their tough schedule after the World Cup break on Saturday afternoon when they play host to the 5th-placed Watford in the 23rd round of Championship.

The Terriers were powerless in the 1-0 defeat at the hands of Sheffield United last weekend at Bramall Lane.

Mark Fotheringham’s men did nothing to threaten the Blades on the occasion, registering just four attempts in total in the 90 minutes of play in Sheffield.

The hosts have generally been struggling for goals since the start of the season. They own one of the weakest attacking records in the division with 19 goals scored in 22 games.

Huddersfield still sit at the very foot of the league table being four points below 23rd-placed Blackpool.

The hosts are big underdogs here as well against Watford, although we must say the visitors did not shine in their clash against Hull last weekend.

The Hornets missed their star man Ismaila Sarr who was given some time to recover from the World Cup adventures as he led his Senegal to the R16 clash against England this month in Qatar.

Watford have lost only 6 of 22 league games this term. They own one of the best defensive records in the league with 22 goals allowed, meaning this is a very tough matchup for Huddersfield.

Watford have been very tough to break down this season, especially since Slaven Bilic took charge. Huddersfield failed to find the net in five of the last six games in all competitions (including a 0-2 loss to Greek side Olympiakos in the friendly).

The value is thus great with Watford to win & Under 2.5 goals FT bet at the 4.00 odds. Those who prefer the correct score longshots can try with Watford’s 0-1 victory at the odds of 6.50.