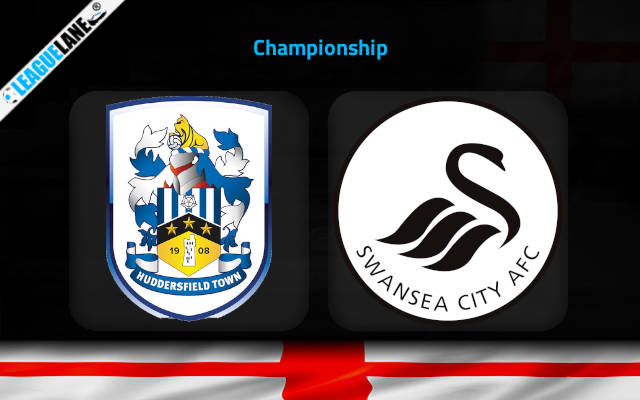 Huddersfield got their fifth win of the season as they defeated QPR last time. Now they have a huge challenge ahead of them as they will host Swansea at John Smith’s Stadium.

In the game against QPR, Josh Ruffels scored a brace in the first half and Mark Fotheringham’s side won that game by 2-1. The team are slowly progressing this season ]as they have won two games in their last four outings.

At the same time, Swansea are on a four-game winless run. Most recently, they had to settle for a 2-2 draw against Birmingham. This is their second consecutive stalemate and they are at the eighth position in the league.

The visitors are going through a difficult phase. The last time they celebrated a victory was back on the 23rd of October. They are the only team in the top ten to have a negative goal difference at this phase of the season.

If the host manages to get all three points from this game, they will finally leave the relegation zone. They have good form at home, as they have won three of the last five last home fixtures.

Jules Olivier Ntcham has scored two goals in his last four appearances. We can expect him to find the back of the net in this game. Do note than the visitors are winless in their last four away fixtures.

You can back the following as our first tip is that Huddersfield will win by 2-1 – at 11.00 odd. The host are unbeaten in three of their last four meetings against Swansea. Also, they have a decent form at home presently.

Our second tip for this game is that Both Teams to Score – at 1.83 odd. Both teams have scored in four of their last five overall head-to-head meetings.

Moreover, you can bet on Jules Olivier Ntcham to score anytime – the odd for this tip is at 5.50. He has scored against Bristol City and Birmingham recently, which helped his team win two points.