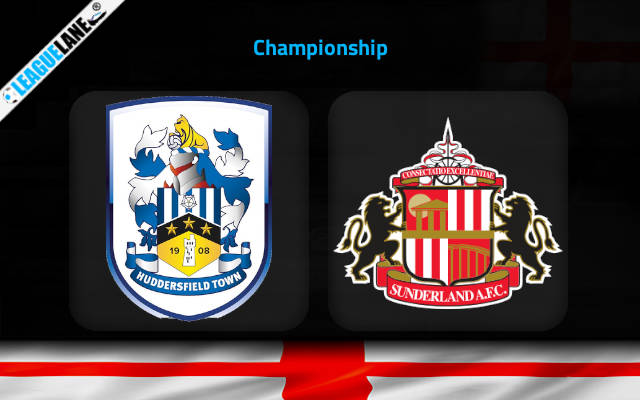 Huddersfield are making a slow recovery following their narrow 1-0 defeat against Preston. The team will now welcome Sunderland at John Smith’s Stadium for an important fixture.

Millwall’s four-game winning streak finally ended when they lost to Terriers last time. It was Yuta Nakayama who scored the only goal in that game. This is their fourth win of the season.

The visitors are going through a difficult phase. They have picked up only one victory this month which was against Wigan Athletic. Against top teams, they have struggled this season, as they lost to Burnley and Blackburn by conceding at least two goals.

In their last league outing, they managed to hold Luton Town by 1-1. It was Elliot Embleton who scored the equaliser in the 78th minute of the game.

On the other hand, the host are still in the relegation zone. They have been lacklustre in front of the goal. As they have scored only two goals in their last four outings.

Elliot Embleton has scored two goals in his last three appearances. We can expect him to find the back of the net in this game.

The only positive news for the host is that they have kept a clean sheet in their last three victories at John Smith’s Stadium.

You can back the following as our first tip is that Huddersfield will win by 2-1 – at 10.00 odd. The host are having a decent form at home. They have won three games in front of the home crowd.

Our second tip for this game is that Both Teams to Score – at 1.83 odd. In the last three matches at John Smith’s Stadium both teams have scored a combined total of nine goals.

Moreover, you can bet on Elliot Embleton to score anytime – the odd for this tip is at 5.50. He has scored against Wigan Athletic and Luton Town this month.