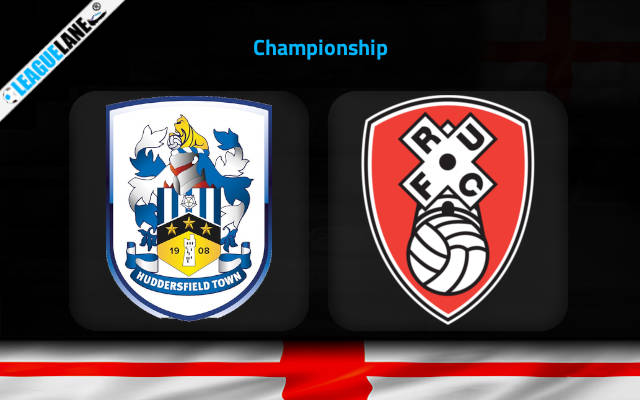 Huddersfield vs Rotherham Predictions and Free Tips from our expert tipsters when the teams go head-to-head in Championship on Thursday, 29 December 2022.

A proper team performance helped Huddersfield win their sixth game of the season as they defeated Preston by 2-1. However, they have an important game as they will face their rivals Rotherham for the last game of the year.

At the same time, Rotherham won a point in their 2-2 draw against Stoke. The team led by Matt Taylor are 19th in the league and are yet to win a game in the month of December.

Rotherham won this fixture by 2-1 back in October, this is their only victory in the last seven years. Looking at the past record at John Smith’s Stadium the host have won five of the last seven head-to-head meetings.

Who will win the match between Huddersfield and Rotherham?

Huddersfield will most likely win this fixture. The two main reasons are that they recently defeated Preston by 2-1, they are one of the best defensive teams in the league. Moreover, at John Smith’s Stadium, the host are unbeaten since 2015. On top of that their opponents are on a four-game winless run.

Three of the last five head-to-head matches ended with more than two goals being scored combined. Both teams scored two goals in their most recent league outing as well.

The host are slowly making progress this month. The defeated Preston last time and have won this fixture on many occasions at John Smith’s Stadium. Therefore, the first tip is that Huddersfield will win this game – the odd for this tip will be at 2.15 odd.

Furthermore, our second tip is that Both teams to score – at 1.83. Both teams have scored consistently in the last six years. When both teams played in October and the score line at that time was 2-1.