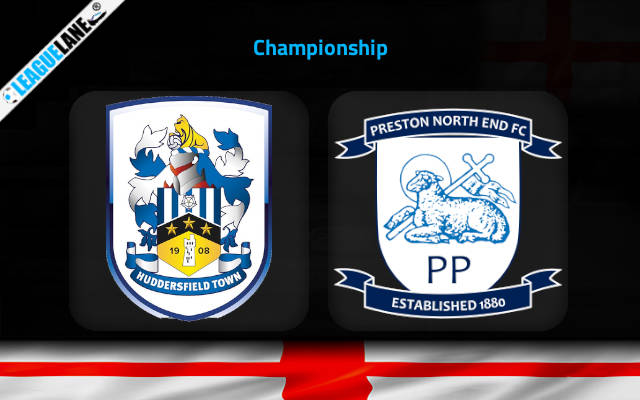 Preston arrive at John Smith’s Stadium on Tuesday for the Championship game with hosts Huddersfield.

After a slow start, things are finally heating up for Preston in this season. They were getting to the safer zone match-by-match lately. However, their plans were ruined by Bristol City in the previous fixture when they were defeated 2-1 on the road.

They will head into this game hoping to regain the lost momentum. Preston were unbeaten in 3 games before conceding a defeat against Bristol. They had claimed a 2-3 victory over the current second-placed Norwich in that stretch.

Going on, they reached the 8th position by scoring enough of goals. They have not scored more than one goal in any of their matches in this season barring a single fixture. Despite of their recent defensive slump, there have been a set of clean sheet games to their name this season.

But things are different for Huddersfield in this season. Following an inconsistency consistently, they have got the second-last spot in the table to position.

Huddersfield currently has an 8-point gap with their counterparts in the next game, Preston. Their immediate objective will be to get out of the danger zone before the league heats up.

It won’t be possible to beat Preston in this form. Therefore, the home side might not have any moments to cheer their local supporters on Tuesday.

Preston proved in the game against Norwich that they have the potential to score in a game if the situation demands a lot of goals. But it is doubtful whether there will be an atmosphere that demands so many goals in this game.

Their recent h2h tradition also shows a set of fixtures with the same low-scoring trend. However, none of these will hinder Preston’s success on Tuesday.