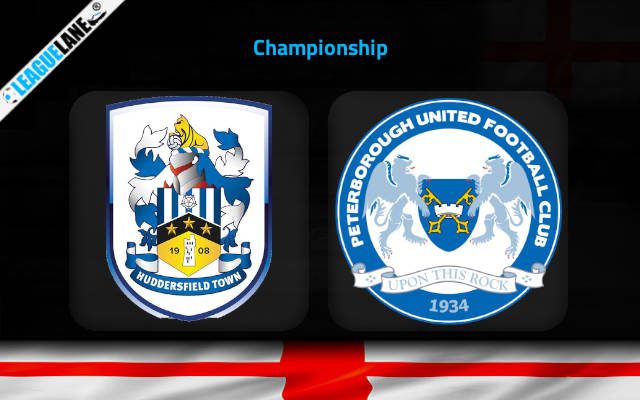 Huddersfield is on a 3 game winning run in the league while on a staggering 17 game unbeaten streak across all competitions. While residing in the zone for Play Offs, they lack only 2 points to sneak into the zone for Premier League promotion. Peterborough United is at the bottom losing the last 3 games in succession. They are likely to be the first team to get relegated while sharing same points with Derby County. This upcoming fixture is scheduled at John Smith’s Stadium this Friday where The Terriers will be hosting the visitors.

The Terriers are at the 3rd spot on the standing with 59 points from 35 games. They won 16 times in the league while drawing on 11 and losing on 8 other occasions. They scored 46 in total while conceding a sum of 36 till now.

Huddersfield won the last game against Birmingham by 2-0. They have been miserly, resulting in the number of goals that have gone in at their end during their past 6 matches standing at only 2.

On the contrary, the Posh resides at the rock bottom closing the 24th position on the table with a mere 21 points. Of the 33 matches played, they won only 5 games in the league while drawing 6 times and losing on 22 other occasions. Their total goals to conceding ratio stands at 24:66 which is the worst in Championship, showcasing their dreadful lineup.

Peterborough lost the previous league fixture to Hull City by 0-3. They have suffered from a shortage of goals in their past 6 clashes, contributing the disappointing return of just 1 while the goal tally of opposing teams equals 11.

Previous matches between the two has averaged 3.71 goals while BTTS has happened 86% of the time.

The visitors have not won away from home in their last 10 league games meanwhile the hosts haven’t been defeated in their previous 7 home league matches. Therefore we anticipate a win for Huddersfield this Friday.