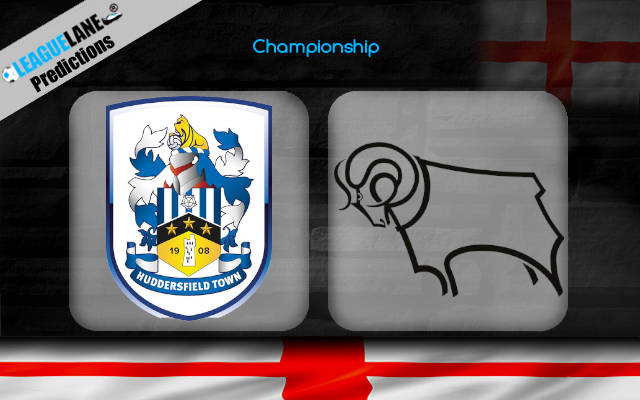 The Rams have been on a worrying run for the past several months, and it’s really no wonder that they have found themselves hanging by a thread over the relegation cut-off. They have lost all but one of their games so far this season, and only Wycombe have conceded more goals than them.

In addition, they have also slotted in a total of just two goals in the entire competition.

Meanwhile, the Terriers have managed to overcome the slow start they had made to their campaign. After losing their opening two back-to-back fixtures against two tough opponents, the team has remained unbeaten, and they will try to extend their streak this Tuesday.

They are at home, and also have the confidence of having come from the Premier League just the season before.

On top of that, they also do have a good h2h record at this stadium over these opponents.

For the reasons, expect Huddersfield to be the better team on the pitch this weekend.

Carlos Corberan’s men recorded a 1-2 win on the road the last match-day, against Swansea. In the meantime, Philip Cocu’s men lost 0-1 at home, against Watford.

As things stand, the Rams are massive underdogs. They have lost four of their preceding five overall games, and have won just twice from their last 15 match-ups.

They have also failed to score in two of their preceding three fixtures, and had conceded two or more goals in ten of their former fourteen games.

Going on, they had lost four of their last six away trips, and had conceded two or more goals in all these match-ups.

On the other hand, their counterparts are unbeaten in their past three fixtures, and they failed to score against this opponent just twice in the last 14 face-to-face clashes.

Furthermore, they have lost just twice at this stadium against this opponent since 1995, and in the period, there has never been an h2h meeting here where the hosts failed to find the back of the net.

Taking into account these observations, expect Huddersfield to dominate proceedings this Tuesday.