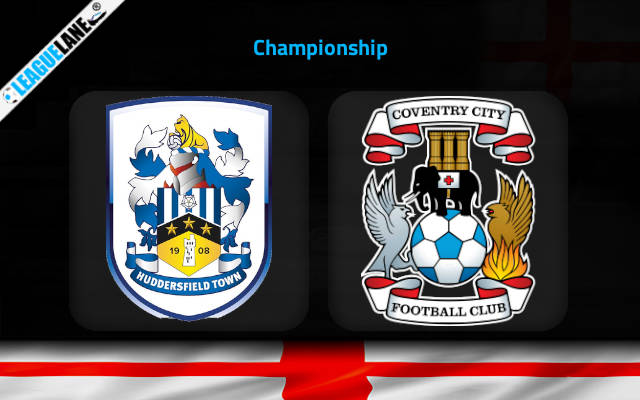 Huddersfield Town will host their next match against Coventry City on Saturday. The 11th place team are now in a stalemate with 2 other teams in terms of points and wish to break this stalemate and move up the table with a win.

Coventry City is moving away from their chance to play in the play-offs for promotion into Premier League with each passing match day. They direly need a win if they wish to achieve a place in the play-offs.

Huddersfield played their recent match against Barnsley last week, which ended in a draw for the team. After the first half, both teams could not score a goal, ending the game with 1-1 FT score.

Coventry is yet to secure a win after their match against Bristol city. Their last match against West Bromwich ended in loss for the team with 1-2 FT score.

Huddersfield is not producing a consistent play in the tournament this season. After a win, the team loses or draws in the next couple of games. The host has also not won in their last three games. However, the team has scored in the last 6 games which brings the team to score 24 goals, this season.

The hosts have won 6 of their home matches and have failed to score in only 2 of them. However, their last home match against Middlesbrough ended in a loss for the team with 1-2 FT score.

Coventry has only secured 2 wins from their last 10 games and they have not won in the last 4 games consecutively. In away games, however, the team only 2 wins from 10 away matches.

Their last away match against Bournemouth ended in a draw with 2-2 FT score.